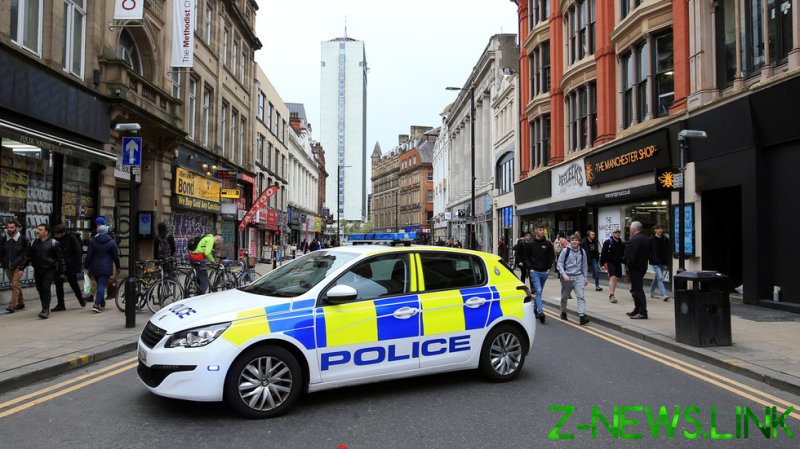 On Monday evening, under the headline “Met officer ‘caused death’ of moped rider during chase,” the BBC reported on the first day of a court case concerning the death of a moped driver who fled from London police in Stoke Newington in 2016. Lewis Johnson, 18, and his passenger Louis Kyriacou, also 18, collided with a pole, having swerved to avoid a van. Johnson died of his injuries.

Kingston Crown Court heard on Monday that PC Paul Summerson, 44, should be held responsible for the death of Johnson. Prosecutor Jonathan Sandiford QC told jurors that Summerson drove “dangerously” and “far below the standard that was to be expected” during the chase.

The officer drove his BMW police vehicle at speed through the streets of north London, weaving in and out of cars and at one point driving on the wrong side of the road, the court was told. Summerson had also engaged his sirens.

Summerson vehemently denies causing the death of Johnson by dangerous driving. The court heard that the officer ran to the aid of the injured assailant after the moped collided with the pole. Johnson was pronounced dead at the scene.

Johnson and Kyriacou had allegedly been involved in a “smash and grab” theft in the area and were attempting to avoid arrest.

While other media organisations reported on the court proceedings, the BBC received some heavy criticism for its coverage and its suggestive title, which some contended presented the police officer as guilty.

“Let me correct that headline for you,” one person wrote on Twitter, addressing the BBC, claiming that the title should read: “Moped driver dies after crashing when he refused to stop for the Police and tries to outrun a car.”

Others concurred: “wrong again @BBCWorld,” a user chimed in, noting again that the moped driver caused his own death. “If he had stopped and been arrested he’d still be here,” another added.

One Twitter user told the BBC to “have a word with yourselves,” and suggested they shouldn’t have reported the story in such a way, especially as the officer has not yet been convicted.

Another Twitter user accused the BBC of “newspeak” – a fictional language created by George Orwell in his novel ‘Nineteen Eighty-Four’; it is often used to refer to propaganda material or an attempt to present a one-sided narrative.

The BBC was also accused of being against the police, with one commenter suggesting the police shouldn’t help next time protesters try to storm its premises.

Some focused on the law itself, rather than the BBC’s reporting. One asked how it was even possible for the policeman to have caused the death when he wasn’t riding the moped.

The report comes as London’s police faces considerable scrutiny from all angles following the conviction of Wayne Couzens last week; he was found guilty of the false arrest, abduction, rape, and murder of Sarah Everard in March and received a whole life sentence.

Met Police Commissioner Cressida Dick also announced on Monday a full review of her police force in order to restore public confidence. Her remarks came just hours after another officer arrived in court on accusations of raping a lady he met on Tinder after the couple went for drinks.