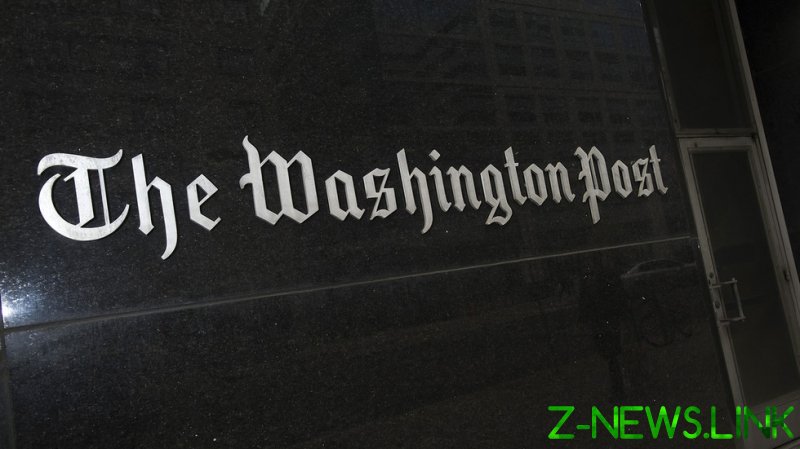 The former US intelligence contractor expressed dismay over a WaPo editorial in response to reports that NSO Group, an Israeli surveillance firm, sold its Pegasus spyware to government clients who then used the powerful hacking tool to spy on journalists, NGOs workers and even heads of state. The explosive allegations, based on a leaked list of purported Pegasus targets and subsequent forensic analyses, have personal significance for the Post’s staff: A phone belonging to the fiancee of Jamal Khashoggi, a contributing columnist at the paper, was reportedly hacked by Saudi authorities using Pegasus. Khashoggi was murdered inside the Saudi consulate in Istanbul, Turkey, in October 2018. His killing was carried out by Saudi agents, purportedly on the orders of Crown Prince Mohammed bin Salman. The Washington Post noted Riyadh was still granted access to Pegasus even after Khashoggi’s grisly assassination, despite NSO’s insistence that its clients undergo a thorough vetting process.

The paper’s editorial board called for greater assurances that Pegasus and similar spyware is used responsibly, adding that countries with histories of human-rights abuses should be prohibited from utilizing such tools. For Snowden, these demands sounded like toothless recommendations.

“WaPo’s editorial solution to the NSO scandal is so embarrassingly weak that it is itself a scandal. These companies (and their hosts) claim ‘transparency, accountability, and licensing requirements’ are already in place! You ask for less than nothing,” he tweeted, linking to the op-ed.

He later contrasted the WaPo’s “half-hearted” op-ed with the Guardian’s call for a moratorium on such spyware. The British paper also suggested a more robust legal framework in order to hold governments and private firms accountable for illegal snooping operations.

The NSA whistleblower was similarly unimpressed by NSO’s claim that its malware was programmed to prevent American phones from being infected. He noted there was no reason to believe the spyware could sneak onto French President Emmanuel Macron’s phone, but not onto a mobile device belonging to US President Joe Biden. Morocco’s secret services allegedly used Pegasus to target Macron in 2019. Morocco has denied using the hacking tool.

“Any code written to prohibit targeting a country can also be unwritten. It’s a fig leaf,” Snowden argued.

According to reports, Macron isn’t the only world leader who has been targeted by Pegasus. Mexican President Andres Manuel Lopez Obrador was allegedly spied-on by the administration of his predecessor, President Enrique Peña Nieto.

NSO has downplayed the leak that led to the troubling allegations, and accused the media of spreading “uncorroborated theories” about the malware and its use. The Israeli firm has insisted it only sells the spyware to state clients for counterterrorism operations or other serious criminal investigations.