Home / Travel / SkyUp reported an increase in the number of flights

SkyUp reported an increase in the number of flights 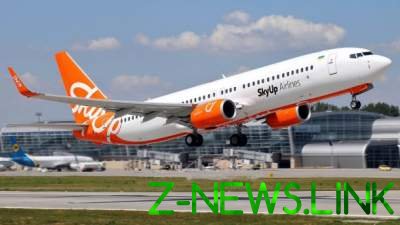 SkyUp strategy envisages an increase in 2019 the share of regular flights up to 40% of the total number of passenger traffic of the airline, said CEO SkyUp Eugene Hojnacki.

So the head of the airline, commented on the launch of 26 April three regular flights from Kyiv to Naples, Alicante and Tenerife.

Flights to Alicante will operate four times a week in Tenerife and Naples – two times a week.

SkyUp began flights in may 2018, carrying out Charter flights by order of the affiliate tour operator Join UP!. In December of 2018, the airline made its first regular flight from Kiev to Tbilisi, Sofia, Poprad and Barcelona.

At the end of may 2019 SkyUp intends to make its first regular domestic flights from Kyiv to Odessa, and at the beginning of June – from Kharkov to Odessa. The one way tickets sold at a price of 500 UAH including taxes.

According to the study avianews.com, SkyUp is the owner of the Park among young Ukrainian airlines. In anticipation of the receipt of the eighth aircraft, the average age of the fleet carrier would be 11.5 years.