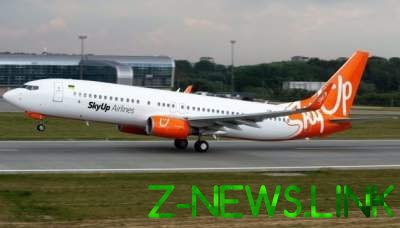 SkyUp allowed to fly to Paris and nice.

State aviation service of Ukraine has accepted the request of the Ukrainian airlines SkyUp Airlines for flights from Kiev to Paris and nice (France), as well as from Kharkov to Paris.

See also:  Updated the ranking of the most punctual airlines in Ukraine

In addition, the Ministry of transport granted the request SkyUp Airlines to increase frequency from two to three flights a week to the air line Kiev – Sanya (China).

The Ministry of transport has also allowed other Ukrainian airline YanAir regularly fly three times a week from Kiev and Odessa to Stockholm (Sweden), as well as from Odessa to Erbil (Iraq), düsseldorf (Germany) and Sulaymaniyah (Iraq)

In addition, the Ministry of transport has allowed the airline “Ukraine International airlines” flying from Kiev to Gothenburg (Sweden) with a frequency of seven flights per week and increased the frequency of flights of MAU on the route Kiev – Burgas (Republic of Bulgaria) from four to five a week.