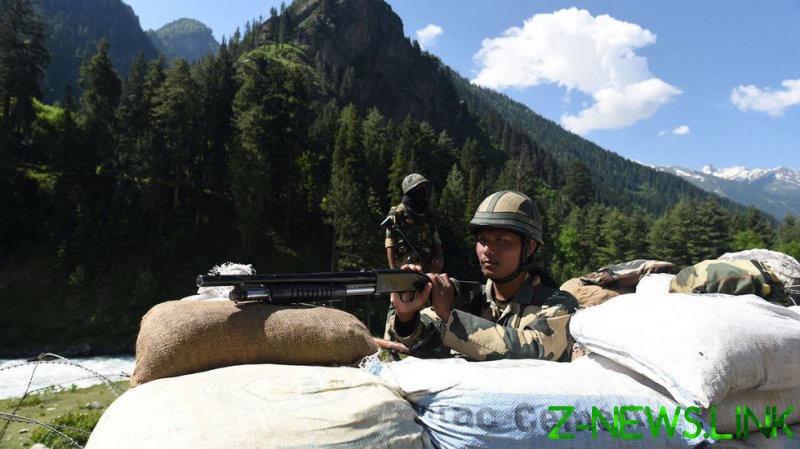 The latest incident in the ongoing tensions at the Chinese-Indian Himalayan border happened on Monday south of the glacial Pangong Tso Lake. According to the Chinese side, Indian troops trespassed on Chinese territory and “brazenly made gunshot threat” when a Chinese border guard patrol came to investigate. The Chinese troops took unspecified countermeasures, Beijing said.

“The flagrant act grossly violated the agreements previously reached between the two sides, and further escalated regional tensions, which can easily lead to misunderstandings and misjudgments,” Zhang Shuili, spokesperson for the Western Theater Command of the Chinese People’s Liberation Army (PLA), said in a statement on Tuesday morning.

The allegations were rejected by New Delhi, which said at no time on Monday did its troops cross the Line of Actual Control (LAC) in the disputed area or use firearms. Both violations were conducted by Beijing, it said.

“It was the PLA troops who were attempting to close-in with one of our forward positions along the LAC and when dissuaded by own troops, PLA troops fired a few rounds in the air in an attempt to intimidate own troops,” India said in a statement.

Both sides expressed determination to protect their interests in Eastern Ladakh.

Tension has been running high for months along the disputed Chinese-Indian border in the Himalayas, with several melee skirmishes taking place. A serious clash in mid-June left 20 Indian soldiers killed in Galwan Valley, about 100km north of the Pangong Tso Lake.

The previous border incident took place just over a week ago in the same area south of the lake, with the parties blaming each other for provocative behavior.