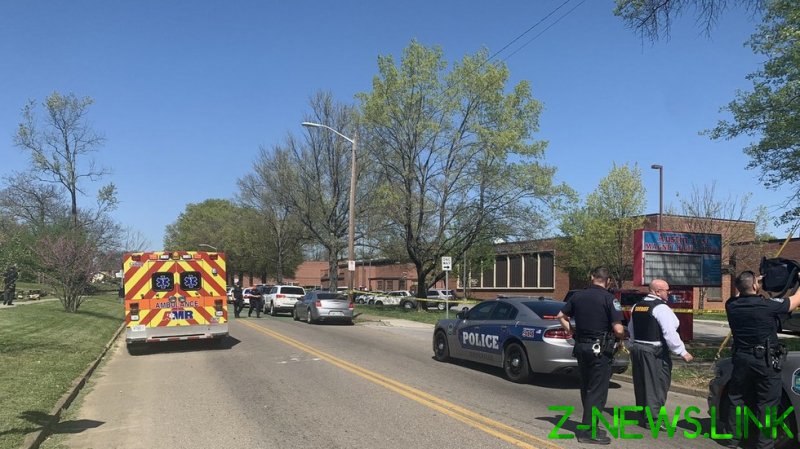 A Knoxville PD officer on duty at the Austin-East Magnet High School responded to a report of someone armed on school grounds and was shot.

“One male was pronounced deceased at the scene while another was detained for further investigation,” police said.

Two people were shot – a student and a police officer on duty at the school – the Knoxville News-Sentinel reported citing law enforcement sources, before the official police statement came shortly after 5:30 pm local time.

A “reunification site” for parents and their children has been established by first responders at a baseball field behind the high school, according to police.

Local media is reporting parents are being directed to the area by police officers on the ground. It is also being reported some students are “trickling” out of the school.

Superintendent of Knoxville County Schools Bob Thomas appeared to confirm this, tweeting that students “not involved in the incident have been released to their families.”

Tennessee Gov. Bill Lee addressed the shooting at a Monday press conference calling for prayers for victims and their families.

“Pray for that situation, for the families and victims who might be affected in our state,” he said.

Knoxville recently approved $1 million for “violence prevention” efforts, spurred by the deaths of four teens with ties to Austin-East earlier this year. All four were African-American.