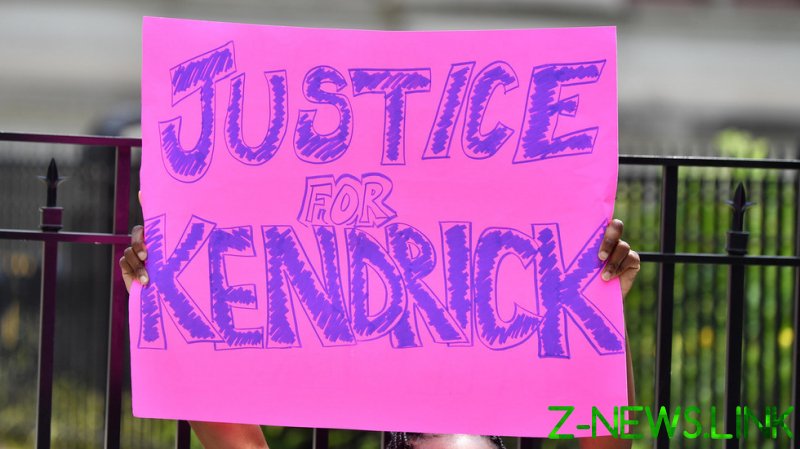 After the office of Lowndes County Sheriff Ashley Paulk closed the investigation into the January 2013 death of a school student, his family accused him of lying to them and the public. He responded by offering half a million dollars of his own money for evidence resulting in a conviction in the case.

Kendrick Johnson’s body was found rolled up head down in a vertically positioned wrestling mat in the Lowndes High School gymnasium in Valdosta, Georgia. After eight years of investigations, the sheriff’s office ruled out foul play. Johnson, detectives concluded, most likely tried to reach a shoe he left inside the mat, became stuck, and died from asphyxiation.

Last Wednesday, the sheriff released a 16-page summary of the investigation, which left Johnson’s family unsatisfied. They believe that their son, who was 17 at the time of his death, was murdered, possibly by schoolmates, and that law enforcement failed to get to the bottom of the case. They are crowdfunding to pay a private investigator to do what they claim the sheriff’s office couldn’t or wouldn’t do, despite collecting 17 boxes of evidence over the years.

“You didn’t find nothing in 17 boxes? That’s the craziest lie you could have told. We already knew what team you were on. You are not on the team of righteousness,” Kendrick’s mother, Jacqueline Johnson, told local media.

Sheriff Paulk challenged his accusers on Monday by offering a reward to anyone who can prove his investigators wrong.

The parents “have called me a liar and continue to state that Kendrick was murdered,” Paulk said in an open letter. “Because of these statements, I am personally – with my own funds – offering a reward of one-half million dollars ($500,000) to anyone who comes forward with information that results in the arrest and conviction of a person for the alleged murder.”

The sheriff said he does not expect the money to ever be collected by anyone, saying his people left no stone unturned before concluding that Kendrick’s death was a “weird accident.” Nevertheless, he called on the family to add to the reward he is offering. 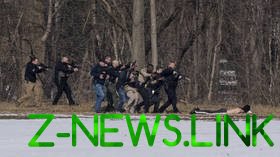 The family has been fighting for years to keep the investigation going. They had it renewed after the sheriff’s office closed it in 2016, and pushed for the involvement of federal authorities.

The final report released this year included materials from the Justice Department, the FBI, the Georgia Bureau of Investigation, the US Attorney’s Office for the Middle District of Georgia, and several other law enforcement agencies, as well as additional autopsies by a doctor hired by the family and the Defense Department.

The first of the autopsies was a major factor behind the family’s campaign, as it cited “unexplained, apparent non-accidental, blunt force trauma” as the likely cause of death, contradicting the conclusions of the report issued by the Georgia Bureau of Investigation. The second, conducted after Kendrick Johnson’s body was exhumed in 2018, came to the same conclusion.