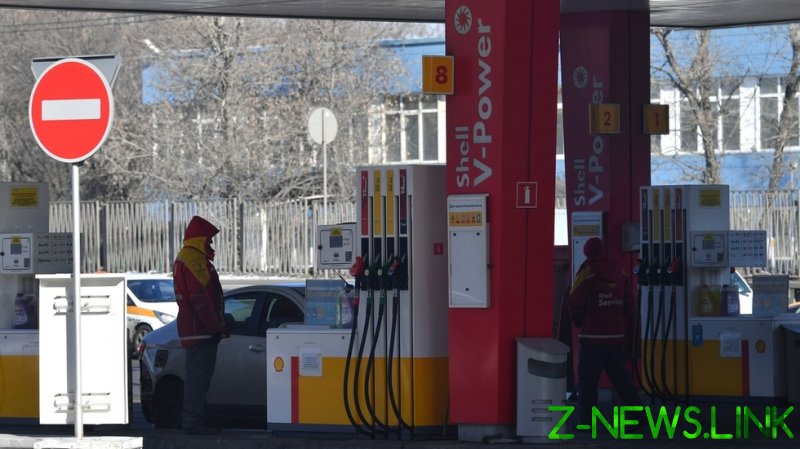 The press service told the outlet that the sales of fuel at the service stations have been completely suspended, while shops and cafes there continued to work.

Last week, the energy company said it has agreed to sell its 411 petrol stations in Russia to the country’s second largest oil producer, Lukoil. It noted that more than 350 people employed by Shell Neft will transfer to the new owner.

READ MORE: China seeks to move in after Shell’s exit from Russia – media

The agreement with Lukoil followed Shell’s announcement in early March of its intention to withdraw from all Russian hydrocarbons in a phased manner. Shell said that would stop all spot purchases of Russian crude oil and exit all joint ventures.