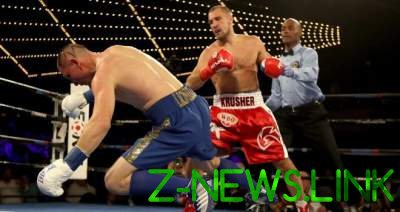 In the night from Saturday to Sunday Shabran in new York at the famous arena “Madison Square garden” in the main battle of the Pro career met with the ex-leader of the division Sergey Kovalev, who tried to restart his career after two controversial defeats against Andre ward.

The fight for the vacant title of world champion light heavyweight champion under version WBO extended two part round. Kovalev took advantage of catastrophic protection Shabran and without any problems regained the status of world champion.

In the first round Shabran was twice knocked down. Vyacheslav missed one shot after another, and so the knockout was only a matter of time. In the second round, Kovalev continued to beat the opponent, while the referee in the ring has not stopped one-sided beating.

Vyacheslav Shabran suffered their second defeat on the professional ring and fell out of the elite light heavyweight division. Sergey Kovalev became the third reigning world champion in this division. The IBF title recently owned by another Russian Artur Beterbiev, and the WBC in 2013 in their
holds the hands of Adonis Stevenson.