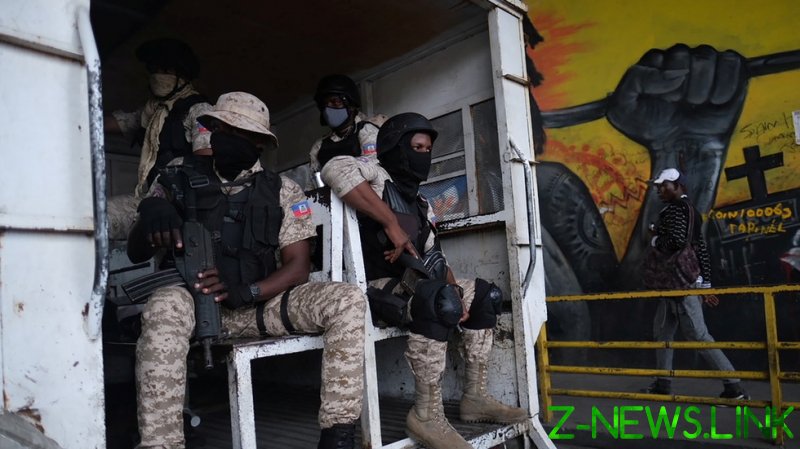 Moise was gunned down at dawn last Wednesday, by attackers who reportedly claimed to be DEA agents raiding his home. Responding to an inquiry by CNN on Monday, the agency officially denied that the attackers were acting on its behalf, but confirmed that “at times, one of the suspects” detained by the Haitian authorities “was a confidential source to the DEA.”

Moreover, following the assassination “the suspect reached out to his contacts at the DEA,” which urged him to surrender to the local authorities. The DEA and the US State Department “provided information to the Haitian government that assisted in the surrender and arrest of the suspect and one other individual,” the agency said.

In a statement to Reuters, an unnamed law enforcement official sought to clarify that the suspect was not an active DEA informant at the time of the assisination.

The assassination involved at least 28 men, Haitian authorities said. Most of the suspects in their custody are Colombian nationals, mercenaries hired through a US security company based in Florida.

At least three of those detained are US citizens, however. One of them is Christian Emmanuel Sanon, 63. He was arrested on Monday and is suspected of organizing the assassination, Police Chief Leon Charles said at a press conference.

CNN also reported that several of the suspects “had US ties, including working as informants for the FBI,” but cited anonymous sources briefed on the matter. Unlike the DEA, the FBI did not confirm or deny these reports, saying only that it uses “lawful sources to collect intelligence” as part of its investigations.

The DEA has a considerable presence in Colombia, where the US and the government in Bogota have been engaged in a decades-long war on cocaine cartels. The agency also has a presence in Haiti, but the website of the US embassy in Port-au-Prince offers no details about its activities. The link to the “DEA Caribbean regional activities” website delivers a “requested page could not be found” error message.

In the aftermath of Moise’s assassination, Haiti has requested US help to stabilize the country. One government minister even reportedly sought the deployment of US troops, saying that “terrorists” might exploit the chaos to target airports and gas reserves. When asked about it, the White House has only said the matter was “under review” and the troops have not been ruled out.