Sergey Babkin commented on the failure of the concert in Lviv 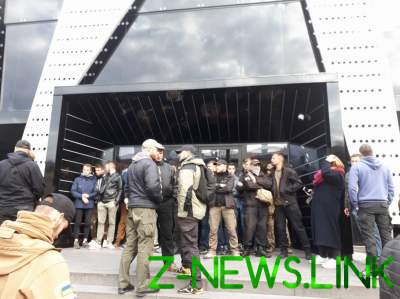 The singer tried to reassure disgruntled residents of the city.

Today, 7 September, in Lviv, the radical activists disrupted the concert of the musician Sergey Babkina for his touring in the Crimea.

The organizers of the concert said that the singer’s performance cancelled. Anyone who purchased tickets to the concert, promised to return the money on Monday, October 9.

Meanwhile, the musician has made a video message to his fans on his page in Instagram.

“I am a patriot of his country. I love my country. I try for his country and for his people. Those who know me, know that I am far from politics. They know what I’m saying from the stage, saying his songs. I’m sorry that the people who forbid us to hold a concert, I believe that their position is higher than yours. They are called “freedom”, but don’t give this freedom,” appealed to fans of the musician.