Serbia ‘pushed to the wall’ – president 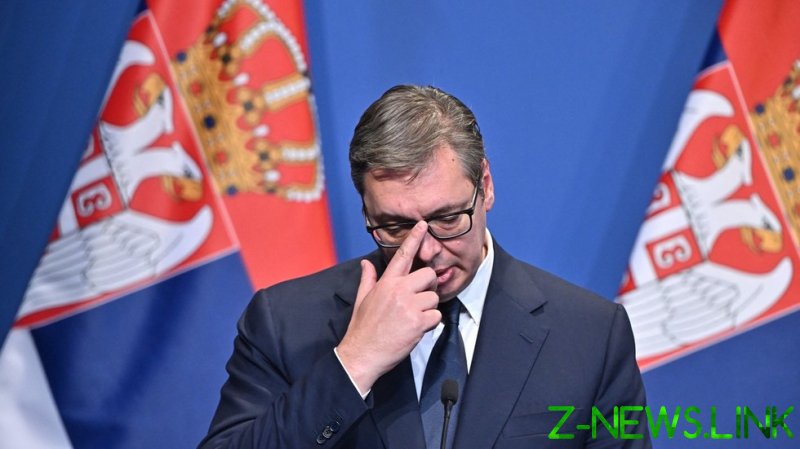 Serbia has found itself in an extremely tough situation, the country’s president, Aleksandar Vucic, said on Sunday following a meeting of the National Security Council. He also accused Pristina and Washington of showing scant respect for any agreements.

Vucic’s words came as tensions have flared up between Belgrade and the Kosovo authorities in the northern part of the breakaway region, where Serbian protesters erected barricades over the weekend.

The standoff was nothing less than “an attempt to end the Serbian problem in Kosovo,” Vucic stressed, blaming Pristina for the tensions and accusing a “good part of the international community” of “participating” in the Kosovo authorities’ scheme.

At the international level, information about the situation in Kosovo is full of “direct falsifications, naked lies,” the president said, adding that “on the ground, we have a difficult struggle of a people for survival.”

Vucic, who claimed that Sunday was his “most difficult” day as president, urged Serbs in northern Kosovo to “be calm and peaceful and not to fall for provocations.” In particular, the president asked them to refrain from any aggressive moves against EULEX and KFOR, the EU- and NATO-led missions, respectively, stationed in Kosovo.

He also said Belgrade had received “assurances” from KFOR that it would not take “violent actions” against the demonstrators. “We will do everything to preserve peace and stability,” he added.

At the same time, Vucic accused the US of siding with Kosovo against Serbia by failing to respect agreements reached with Belgrade. Washington nurtured Kosovo like a “child” for some 20 years, the president said, maintaining that the US is now “protecting” it.

I have a question for our American partners: which agreements does Pristina respect and which do the Americans respect?

The standoff in the predominantly Serbian northern Kosovo was sparked by the arrest of a former police officer accused of attacking a Kosovo law enforcement patrol. Tensions were already running high after Pristina announced snap elections in the area, which were expected to be boycotted by all Serbian parties. On Saturday, Kosovo’s President Vjosa Osmani postponed the vote until April.