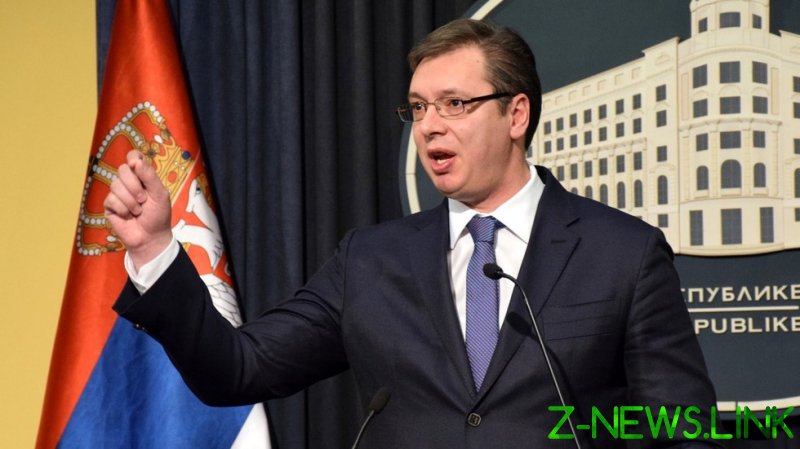 Serbian President Aleksandar Vucic hit out against the “hysteria” demonstrated by several Balkan states that barred the plane of Russian Foreign Minister Sergey Lavrov from using their airspace.

During a televised address on Monday, Vucic said that the organized campaigns against a small country like Serbia over Lavrov’s planned visit was something he hadn’t seen in a long time. He noted that the countries engaging in this ‘hysteria’ couldn’t seem to do or say anything to Russia directly, so they targeted Serbia instead.

“Look at everything, their environment, their media and politicians … We received more press than I don’t know when, just waiting to attack and denigrate Serbia,” said Vucic. “And what did Serbia do wrong? Who did we do something bad to or is it just our disagreement?” he questioned.

Vucic noted that among the things he intended to discuss with Lavrov was the delivery of a Ka-32 firefighting helicopter, since Serbia is expecting a very hot summer, and expressed his dismay that he was now apparently not allowed to do so.

“So what’s the problem – I can’t ask that now? Am I not allowed to?” Vucic said. “How are you going to tell the Serbs that Russia can no longer be our friend?”

The Serbian leader went on to question why everyone wanted to “cut off his head” and present him as a villain, while Lavrov has to go to Turkey – a NATO member that faces no consequences.

“Turkey has 32 times more flights to Russia than Serbia,” Vucic said, asking why some EU leaders were allowed to visit Putin while Serbia was not even allowed to communicate with Russia. “It is not a question of overflights, but the idea that Serbia cannot talk, and others can,” Vucic pointed out.

US State Department spokesperson Ned Price said that Bulgaria, North Macedonia, and Montenegro’s decisions to decline their airspace to the minister’s plane were “sovereign decisions” by “three sovereign countries,” reflecting Europe’s determination to hold Russia “accountable for its unprovoked and unjustified aggression in Ukraine.”

Price called on Serbia to focus on its attempts to join the EU, which also means “synchronizing its foreign and defense policy with the rest of Europe” and diversifying its energy resources and reducing dependence on Russia. 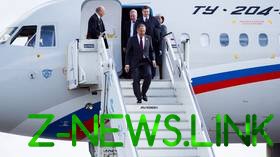 Meanwhile, Lavrov has reacted to the failed trip by stating that the actions of the NATO states that denied their airspace were “unthinkable” and that Serbia’s international activities in the Russian direction were essentially blocked. He also praised Serbia’s readiness to host the Russian foreign minister as a brave move.

Vucic has insisted that it was not his personal bravery, but merely the rational, reasonable, and calm European approach.

“It is not a question of gaining or losing political points, there will be things that people like or dislike, but we have to save the country,” Vucic said, pointing out that he insists on adhering to the policy of independent decision-making.

Nevertheless, Vucic also said that Serbia must continue down the path of integration into the European Union, but admitted that the country would not make any progress on the EU path during the upcoming EU-West Balkan summit on June 23.