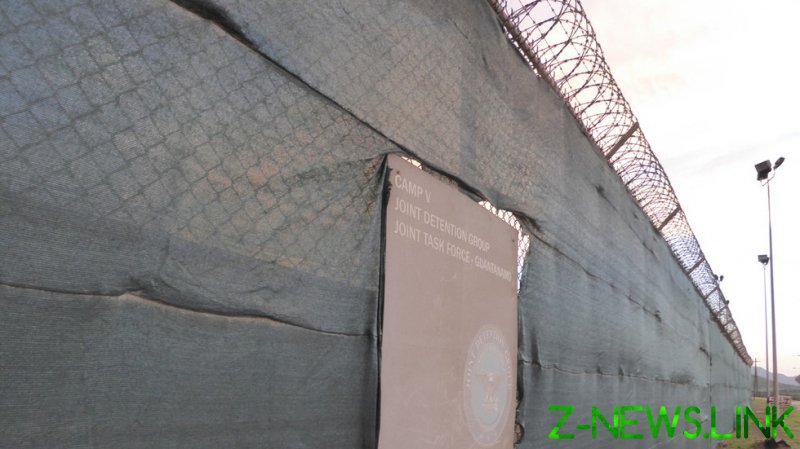 According to a NBC News report on Wednesday, the Department of Homeland Security posted a contract solicitation last week for “at least 50” guards, a tenth of whom should be fluent in “Spanish and Haitian Creole” to be available on a 24-hour notice for work at a detention facility in the US-controlled enclave on the island.

The report spread like wildfire on social media, prompting incredulous responses from all sides of the political spectrum.

“This cannot happen. This cannot [redacted] happen. I am so, so angry right now. Shame on you Joe Biden,” tweeted immigration activist Erika Andiola, commenting on the NBC article.

“Democrats went from WE WILL CLOSE GITMO (2007) to LET’S USE GITMO FOR HAITIAN IMMIGRANTS (2021),” journalist Glenn Greenwald pointed out.

So sending the migrants to Gitmo is humane but using horse reins is “worse than slavery,” asked conservative talk show host Larry O’Connor.

This was a reference to Democrat outrage over photos of mounted Border Patrol agents “whipping” the Haitians crossing the Rio Grande into Texas, posted earlier this week by an activist. Though the agents did not have whips, and there was no evidence to even suggest they struck anyone with the split reins used to steer their horses, the White House and the DHS called for an investigation.

On Wednesday, Congresswoman Maxine Waters (D-California) claimed this was “worse than what we witnessed in slavery,” and demanded the “cowboys” involved be fired.

However, those outraged by the NBC article appear not to have paid attention to its contents. The DHS posting says the detention center can hold 120 people – or up to 400 if there is a surge – which is nowhere near enough given that over 14,000 Haitians have crossed over from Mexico. While the Biden administration vowed to deport those not eligible for asylum, only a few hundred have been flown back to Haiti so far, while the rest are reportedly being released into the interior of the US, with a request to show up for an asylum hearing later.

The US had used Guantanamo Bay to detain Haitian asylum-seekers once before, following the 1991 coup in the Caribbean country. Up to 12,000 Haitians were held on the base at one point, due to fears they might be HIV-positive.

More than a million migrants, mainly from Central America, have crossed the US border from Mexico illegally since Joe Biden was sworn in as president in January and dismantled the Trump administration’s immigration restrictions.