Home / WORLD / ‘Self-serving STUNT’: Idaho governor returns home to revoke order banning mask mandate, signed by his lieutenant while he was away

‘Self-serving STUNT’: Idaho governor returns home to revoke order banning mask mandate, signed by his lieutenant while he was away 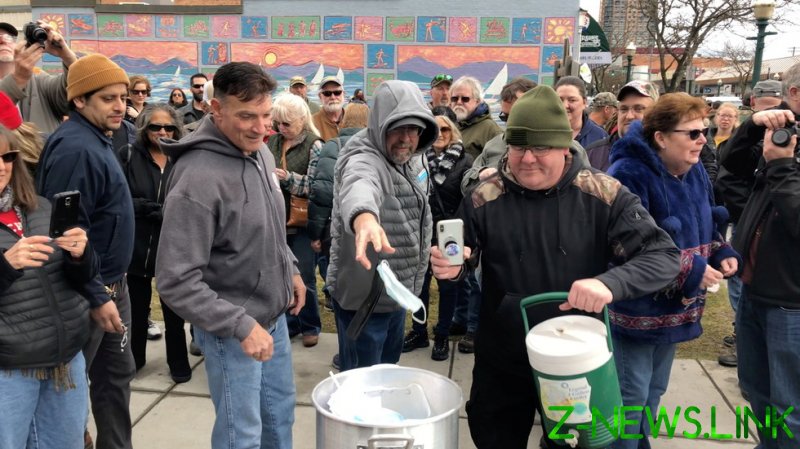 Little was referring to Thursday’s order by Lieutenant Governor Janice McGeachin immediately banning cities, school boards and other local government entities from imposing Covid-19 mask mandates. McGeachin said she was issuing the order as “acting governor” to “protect the rights and liberties of individuals and businesses.”

She made the surprise move while Little was out of state for a conference of Republican governors in Nashville. A spokesman for the governor said McGeachin hadn’t informed him that she planned to issue the anti-mask order.

Little was one of the few governors, even among Republicans, who refused to issue a statewide mask mandate during the Covid-19 pandemic. But he said he also avoided infringing the authority of local governments to set their own mask policies, respecting the principle that “the government closest to the people governs best.”

The mask issue has been deeply controversial in Idaho, where conservative activists have held dozens of demonstrations burning masks in defiance of local mandates.

McGeachin earlier this month filed papers to run for governor in 2022, challenging Little. Her executive action essentially forced the incumbent to let her order stand or risk angering anti-mask voters.

“I do not like petty politics,” Little said. “I do not like political stunts over the rule of law. However, the significant consequences of the lieutenant governor’s flimsy executive order require me to clean up a mess.”

Little’s revocation of McGeachin’s order was reassuring to at least some Idahoans. “Thank you for bringing us out of chaos,” one Twitter commenter said. “Now don’t leave the state again.”