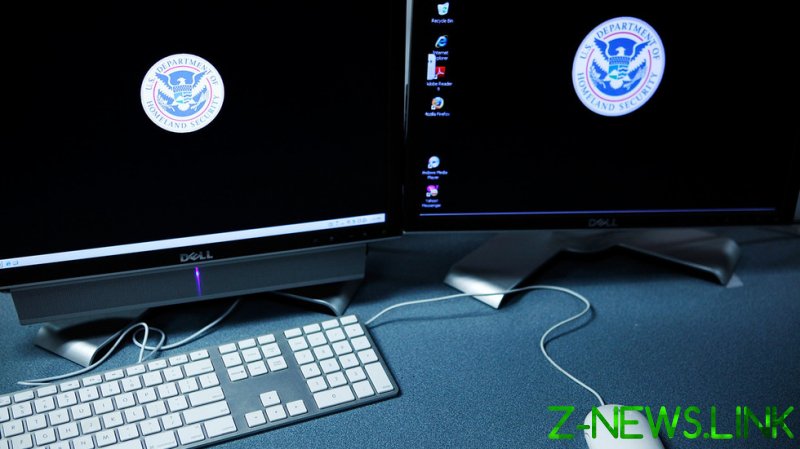 The Department of Homeland Security (DHS) uses the computer program, named ATLAS, to examine biometric information of immigrants – including their personal relationships, social media profiles – and runs fingerprints through federal databases like the FBI terrorist watchlist.

The agency states ATLAS was built to ‘automate’ and ‘streamline’ the flow of information between the DHS and immigration authorities. But rights groups who accessed DHS documents told The Intercept news outlet it is actually intended to create a pretext to revoke citizenship.

“ATLAS should be considered as suspect until it is shown not to generate unfair, arbitrary, and discriminatory results,” Laura Bingham, a lawyer with Open Society Justice Initiative (OSJI), told the outlet. OSJI filed a Freedom of Information request with the agency and its United States Citizenship and Immigration Services (USCIS) division to uncover how the algorithm behaves.

From the documents the group was able to examine, Bingham told the site that there was “ample reason to consider ATLAS a threat to naturalized citizens” due to a number of reasons, including “the disparate impact of denaturalization based on national origin.”

Powered by Amazon servers, the system conducted 16.5 million screenings and flagged more than 124,000 cases of potential national security threats and fraud in 2019. It’s unclear, however, how many individuals have actually been denaturalized through ATLAS.

Although USCIS – which grants citizenship among other benefits – has called the program its “primary background screening system,” a 2020 DHS report on ATLAS’s privacy implications states it is a “capability associated” with a larger network called the Fraud Detection and National Security Data System (FDNS-DS) and can even access classified material.

According to the DHS document, ATLAS “contains a rules engine that applies pattern-based algorithms” to look for “indicators of fraud, public safety, and national security concerns.” The process is described as “predictive,” but there is little information on what constitutes the “potentially derogatory information” it finds and what “pre-defined criteria” it uses.

Among the documents obtained by FOI requests was a 2019 flowchart outlining what happens after ATLAS turns up something considered derogatory. The program sends out a ‘System Generated Notification’ that is forwarded to FDNS-DS if it is deemed ‘actionable’.

Noting that the point of ATLAS’s “secret rules and predictive analytics and algorithms” was simply to “find things to investigate,” Deborah Choi of civil rights group Muslim Advocates told The Intercept that there was “no way to assess whether ATLAS is disproportionately flagging certain communities.”

The 2020 DHS document notes that it is permissible to use ATLAS to target immigrants by race and ethnicity in “exceptional instances” but does not outline what these circumstances are.

A USCIS spokesperson declined to speak to the outlet about the system’s workings. The DHS has also apparently refused to answer several questions posed by OSJI and Muslim Advocates, who have both filed freedom of information requests.