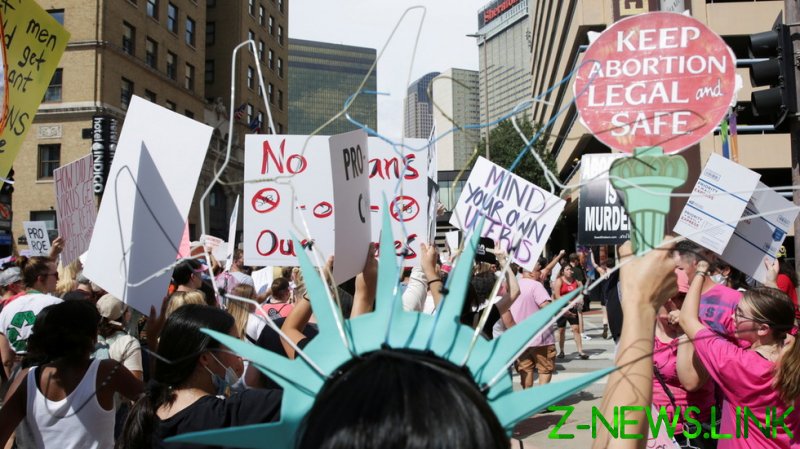 Supreme Court Justice Sonia Stotomayor dissented from the decision not to halt the law – known as SB 8 – in the meantime, ahead of November.

Justices will next be deciding whether the federal government can challenge the law and “obtain injunctive or declaratory relief against the State, state court judges, state court clerks, other state officials, or all private parties to prohibit SB 8 from being enforced,” according to Friday’s decision.

Texas’ SB 8 has had a troubled history since being enacted. The near-complete ban on abortions after six weeks of pregancy was revived by a federal appeals court earlier this month after a Texas judge had challenged it. The Justice Department had appealed to the Supreme Court in an effort to impose a temporary ban on the law while constitutional arguments between state and federal government work their way through the court system.

Doctors in Texas will, however, meanwhile be banned from performing abortions previously legal before SB 8, otherwise they could be open to legal action. The law itself bans abortion after fetal cardiac activity is detectable, which is typically six weeks into a pregnancy, which activists have said is far to short a limit.

Sotomayor argued in her dissent that keeping the law in place until potential future change is “cold comfort” to struggling pregnant women in the state of Texas.

“These women will suffer personal harm from delaying their medical care, and as their pregnancies progress, they may even be unable to obtain abortion care altogether,” she wrote.