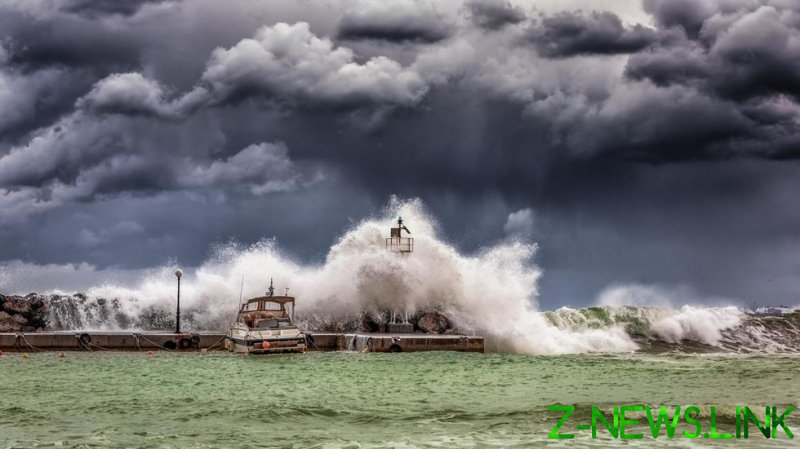 Strike-slip faults have long been studied, though the particular mechanics of the tsunamis they can generate have been poorly understood, until now.

The latest models produced by researchers at the University of Illinois at Urbana-Champaign using the supercomputer Blue Waters indicate the risk is far greater than previously anticipated.

Strike-slip faults are subaquatic areas where large blocks or slabs of rock in the Earth’s crust fall along a fault line and can slide horizontally past one another, with truly devastating consequences.

Before now, scientists suspected that tsunamis could only be triggered at strike-slip faults if there was also an underwater landslide which displaced more matter, thus generating more force to propel a giant wave.

“The physics-based model used in this study provides critical insight about the hazard associated with strike-slip faulting,” said civil engineer Mohamed Abdelmeguid from the University of Illinois at Urbana-Champaign.

“Particularly, the need to account for such risk to mitigate future damage to other bays traversed by strike-slip faults.”

The researchers discovered that, in order for strike-slip faults to generate a tsunami, a so-called ‘intersonic’ earthquake is required.

This is a particularly fast type of temblor in which the movement of the Earth’s crust at the fault line outpaces the seismic shear waves rippling through the area around the earthquake.

The list of coastal cities identified by the study as being in close proximity to these strike-slip faults makes for sobering reading: San Francisco and the wider Bay Area in the US, the cities along Izmit Bay in Turkey, as well as the population centers along the Gulf of Al-Aqaba in Egypt.

If strike-slip quakes were to hit in these particular areas, the catastrophic events predicted by the supercomputer model would occur in three phases: the initial quake which emits shockwaves through the bay, followed by the displacement of vast volumes of water, and finally the development of the destructive tsunami wave.

“Unlike the earthquakes and subsequent water displacement that occur many miles offshore, an earthquake and tsunami that occurs within the narrow confines of a bay will allow for very little warning time for the coast,” civil engineer Ahmed Elbanna warned.

The researchers suspect the 2018 tsunami which struck the Indonesian island of Sulawesi may well have been triggered by a 7.5 magnitude slip-strike quake discussed in their recent paper.