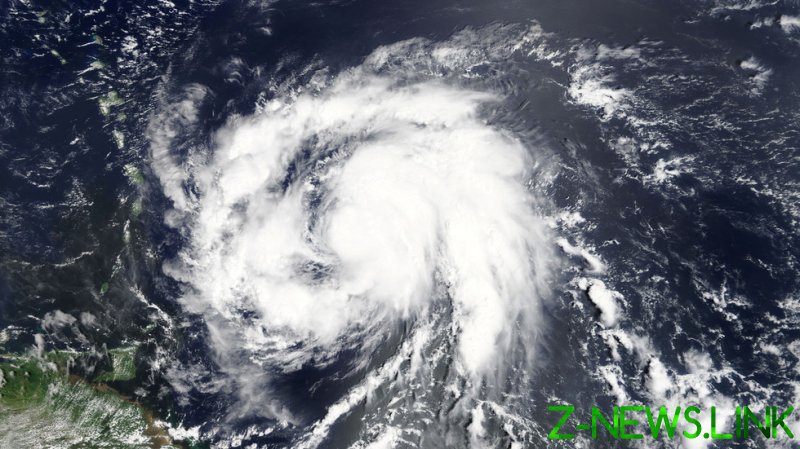 While parsing through the high-resolution data from subsurface oceanographic instruments positioned along coral reefs in southwest Puerto Rico, researchers from the US Geological Survey (USGS) may have inadvertently stumbled upon a new method which could improve forecasts ahead of the Earth’s most devastating storms.

For context, Hurricane Maria killed over 3,000 people and inflicted some $90 billion of damage while causing the longest blackout in US history, so this type of insight is essential to saving lives and entire communities.

Led by USGS oceanographer Olivia Cheriton, the researchers uncovered how previously undiscovered underwater currents interact with the coral reef geometry to effectively supercharge storm systems like the one responsible for the category five Hurricane Maria.

Hurricane Maria gained up to 65% more power as a result of these interactions between the hidden underwater currents and islands’ shorelines, which both strengthened and stabilized the storm.

“We were surprised to find that the direction of the approaching hurricane winds relative to the coastline kept the ocean surface layer distinctly warmer compared to the colder waters below,” said Cheriton.

“This is important because warmer sea surface temperatures provided more energy for the storm.”

Sea-surface temperatures (SSTs) are one of the main factors which determine the ultimate strength of a hurricane, but they are poorly understood. Based on the data produced by their network of subsea instruments, the USGS researchers found that it took over 11 hours for the coastal waters around Puerto Rico to cool after Maria had passed over.

With more detailed analysis, they found that a warm layer of water had become trapped between rising pressure from the waters below it and the strong currents above, churned up by the hurricane winds.

These ocean temperatures are not currently factored into hurricane models, which can cause authorities to underestimate the power of an impending hurricane.

This latest research suggests that ocean temperatures not only control the overall intensity of the storm, but also its direction – a key insight which could potentially save thousands of lives in future and yield better early warning practices.

Curiously, the very instruments which informed the research were not deployed to study hurricanes and tropical storm systems but to monitor ocean temperatures around coral reefs. They were due to be removed and redeployed, but Maria struck before this could be done.

“We had originally planned to recover the instruments in October 2017, but that all changed after Hurricane Maria,” says geological oceanographer Clark Sherman, from the University of Puerto Rico at Mayaguez.

“It was not until January 2018 that we were able to get back in the water and we weren’t sure what, if anything, would still be there.”