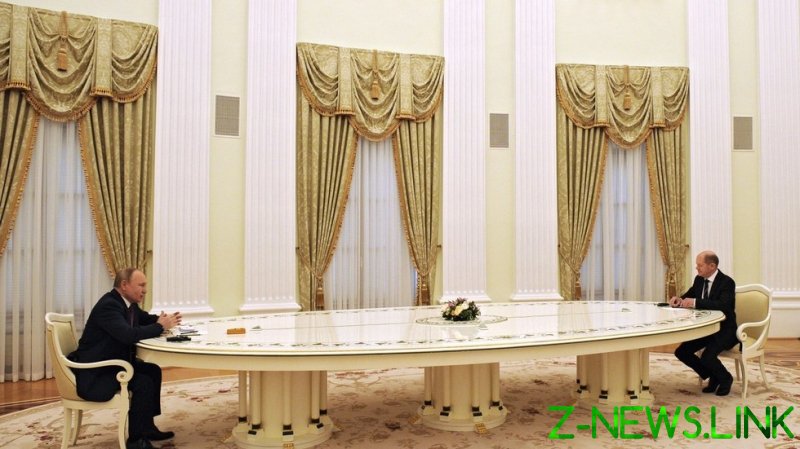 German Chancellor Olaf Scholz told Russian President Vladimir Putin that Ukraine would have been blocked from joining NATO for 30 years, in a bid to assure Moscow of the military bloc’s good intentions.

Over the weekend, the German leader revealed some details of his talks with Putin before Russia began its military operation in Ukraine, adding that he now believes Russia sought to “conquer its neighboring country” all along.

“NATO was never a threat to Russia,” Scholz said he told Putin. The chancellor did not specify which conversation he was referring to, though Scholz met Putin in Moscow in mid-February.

Speaking to journalists this weekend during an ‘open-doors day’ at the chancellor’s office, Scholz also denied that the military alliance had disregarded Russian security interests. When the two leaders spoke about the prospect of Ukraine joining NATO, Scholz assured Putin that “it will not happen in the next 30 years,” the chancellor revealed.

Scholz also said that he would not abandon dialogue with Russia but struck a harsher tone when assessing Moscow’s motives. He particularly accused Putin of starting the conflict for “completely absurd” reasons. 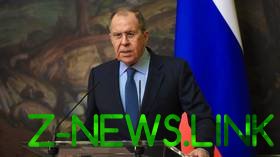 “This is a war that Putin, Russia, started, … clearly with the intention of conquering its neighboring country,” he told journalists, adding that he believes “that was the original goal” that Moscow had in its military campaign. The chancellor also recalled how Putin had “explained” to him that Ukraine and Belarus should not be “separate states.”

He also brushed off the idea of drawing any fixed security lines in Europe. “Putin actually had the idea of swiping a marker pen across the European landscape and then saying: ‘That’s mine and that’s yours’,” Scholz said, adding that “it does not work that way.”

Scholz also said that dialogue should be used to stand up to Moscow. Giving in is not a sensible strategy, he argued, adding that “one must be clear and not allow oneself to be intimidated.”

Germany condemned Moscow’s operation in Ukraine and expressed its solidarity with Kiev. It joined Western sanctions against Russia and supplied Ukrainian forces with significant volumes of weapons, including portable anti-tank missiles and self-propelled howitzers.

At home, however, Scholz has faced criticism over supposedly not doing enough to help Ukraine from both his fellow coalition members, including Foreign Minister Annalena Baerbock, as well as the ex-Ukrainian ambassador to Berlin, Andrey Melnik, who even called Scholz an “offended liverwurst” over his refusal to visit Kiev in May.