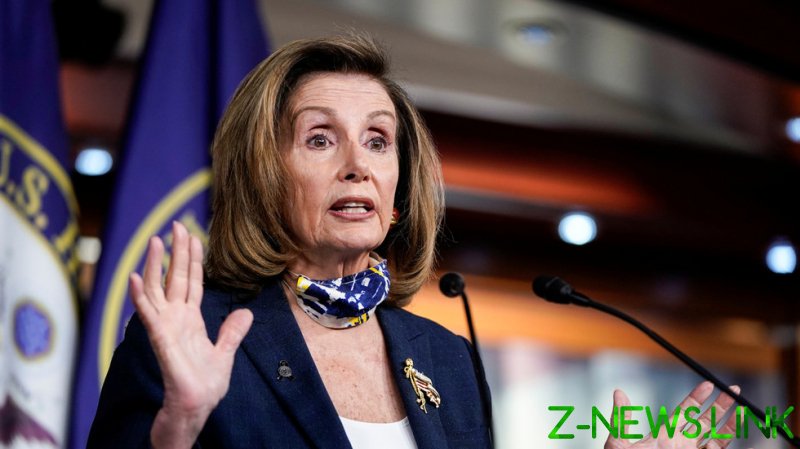 Criticizing President Donald Trump for using terms such as “Chinese virus” to refer to the Covid-19-causing pathogen, Democrats insisted his rhetoric has increased “discrimination” against Asian-Americans. Their resolution, sponsored by Rep. Grace Meng (D-New York) all the way back in March, passed on Thursday in a 243-164 vote.

“Sadly this bigotry is being fueled by some in Washington, and you would think, I thought this would be almost unanimous consent to condemn violence against Asian-Americans. Even from the White House itself, which uses dangerous, false, and offensive terms to describe the coronavirus,” House Speaker Nancy Pelosi (D-California) said on the House floor before the vote.

“The World Health Organization and the CDC, the Centers for Disease Control, have explicitly warned against linking infectious diseases to specific ethnicities because of the stigmatizing effects, which has serious impacts on health and defeating the virus. As the CDC medical officer has said, stigma is the enemy of public health,” Pelosi added.

Republicans condemned the resolution as partisan posturing and an attack on the president. They also criticized the House majority for “misplaced priorities,” noting that Democrats are still blocking the next round of Covid-19 relief unless it contains massive and unrelated bailouts for states like New York and California.

Rep. Jim Jordan (R-Ohio) noted that Democrats themselves used the term “Wuhan coronavirus” at a hearing in January.

“Someone should have told the Democrats you can’t use that term. But in the new woke world you can’t state the truth,” Jordan told reporters, pointing out that the virus originated in Wuhan, China last year, from where it spread across the world.

For all their protestations about Democrats imposing “wokeness,” House Republicans have not bothered introducing a similar resolution condemning the rival party’s obsession with and stigmatization of everything Russian. Democrats have repeatedly claimed, without evidence, that Trump was “colluding” with Moscow and Pelosi herself has often claimed that for Trump, “all roads lead to Putin.”