Home / WORLD / Russia’s talks with Taliban are latest proof Moscow’s foreign policy is non-ideological. The West could learn a lesson from that

Russia’s talks with Taliban are latest proof Moscow’s foreign policy is non-ideological. The West could learn a lesson from that 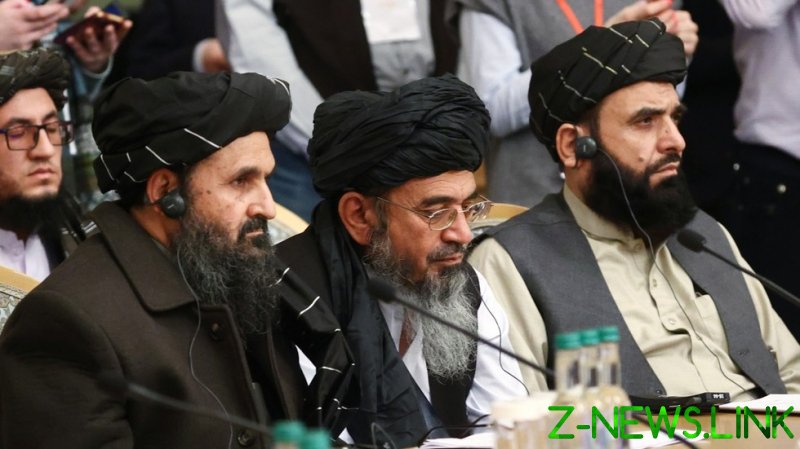 Winston Churchill famously defined Russia as “a riddle, wrapped in a mystery, inside an enigma.” Its unique history and geography have obviously produced a distinctive political culture, but Western efforts to mystify Russia also have the effect of drawing a dividing line between the rational and predictable ‘us’ versus the irrational and unpredictable ‘other’ – Moscow.

As a result, common sense often does not get in the way of outlandish claims, like insisting Russia is on an ideological crusade against democracy or attempting to restore the Soviet Union.

Engagement with the Taliban

Moscow and Beijing are attempting to persuade the Taliban to pursue an inclusive government, moderating the regime and ending in-fighting. This policy of engagement and non-intervention entails luring the Taliban with incentives in line with their own self-interests, and coercion will likely only be useful if the new Afghan leadership threatens their security.

Engagement may fail, but after 20 years of NATO occupation and confrontation ending in spectacular failure, it would be irrational for the world’s largest country, and its most populous, to merely mimic this approach. The US, as the loser of the war, is now attempting to impose conditions on the winner of the war.

Skepticism is warranted, however, as the Taliban is hardly trustworthy in terms of developing an inclusive government. Indeed, Moscow clearly has concerns about its negotiating partner, given the movement is listed as a terrorist group and banned in Russia. However, it must also be said that neoliberal ideology has been a contributing factor to previous failures of establishing an inclusive government. That kind of deal requires bringing in all the major political groups, and the Taliban is, unfortunately, is now the dominant power among them.

The alternative to pragmatism was not liberal democracy. The result of uncompromising American intervention became the Taliban taking complete control over the country.

The last American ambassador to the Soviet Union, Jack Matlock, contributed to negotiating the end of the Cold War and has since expressed frustration that his country learned the wrong lessons. The former diplomat argues that the frozen conflict came to an end in 1989 by engaging with Moscow and reducing tensions. However, when the Soviet Union collapsed two years later, in 1991, “mythmaking” about the US “winning” the Cold War through dominance alone replaced the narrative of peace through engagement.

The consequence, according to Matlock, has been an American political culture that believes authoritarian governments cannot reform, and that winning requires the defeat of adversaries.

Pursing peace by force rather than engagement has a long track record of failure. When US expeditionary forces and those of other Western powers entered the Soviet Union in 1918 to support the White (Tsarist) Russian army against the Bolsheviks, it increased the local support of the Bolsheviks significantly. American occupation of Syria, designed to undermine the government, may well have similarly increased the Syrians’ support for the government, while Washington’s misadventures in Afghanistan have become a recruitment drive for the Taliban.

The security dilemma is the most fundamental concept in international relations to explain the source of conflicts and war. It suggests that conflicts intensify when one state increases its security at the expense of other states. Russia is cautious not to create new dividing lines and zero-sum security. Russian foreign policy, simply put, aims to get along with everyone.

Instead, Moscow is doing its utmost to also improve relations and pursue deeper economic connectivity with Tokyo and New Delhi. Similarly, Russia is attempting to deepen relations with Iran for mutual gain, while working towards building better relations with Iran’s key adversaries, such as Saudi Arabia and Israel. On the Korean Peninsula, Russia has a major role to play as it enjoys good relations with both the North and the South.

Getting along with everyone can be challenging. For example, Russia’s increasing engagement with Pakistan fuels some concerns in India, while supporting Syria conflicts with the objectives of Israel. However, Moscow is consistently seeking to mitigate zero-sum solutions by offering to include the security concerns of all its partners.

Russia is not necessarily more enlightened or benign than other states, rather this policy of getting along with everyone is simply the strategic interest of a soft balancer. If Germany, India or Japan are concerned about Russia becoming too dependent on China, then they have the option of enhancing economic connectivity with Russia to ensure Moscow does not become too reliant on Beijing. Moscow will not join any anti-Chinese initiatives, although diversifying economic connectivity is evidently also in Russia’s interest.

Russia has not been successful in getting along with the West, as the Cold War institutions remain in place and drive tension. Moscow had pinned its hopes on organising indivisible pan-European security in the inclusive Organisation for Security and Cooperation in Europe (OSCE) after the Cold War.

Once the West indicated that the inclusive OSCE would be abandoned as a security institution, both President Boris Yeltsin and his successor, Vladimir Putin, suggested that Russia could join NATO to avoid new dividing lines on the continent. Thereafter, the Kremlin proposed a new European security architecture in 2008 and then a common EU-Russia Union from Lisbon to Vladivostok in 2010.

More recently, Moscow proposed cooperation and integration between the EU and the Eurasian Economic Union. All of these proposals have been rejected or ignored by the West, and Europe continues to be organised by zero-sum bloc politics.

The end of the Soviet Union liberated Moscow from ideological constraints on foreign policy and opened up for more pragmatism. At times, Moscow sees the West repeating the mistakes of the USSR by constraining itself with a neoliberal ideology that results in economic and military coercion even when it predictably achieves the opposite outcome.