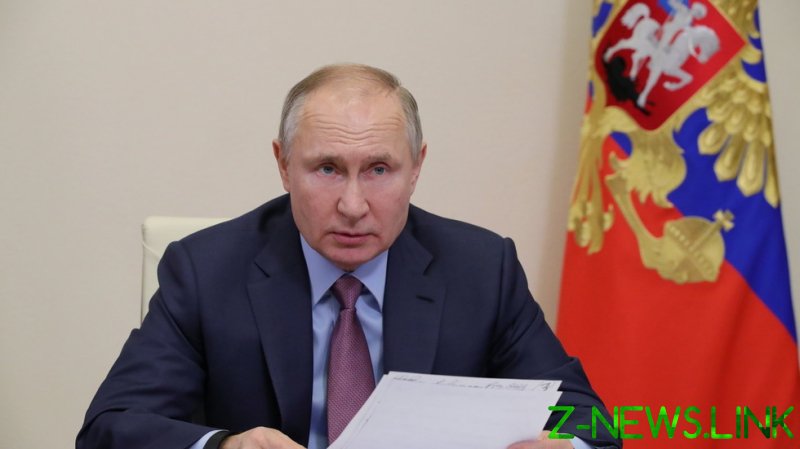 Having seen their quality of life dropping, people all over the world have been growing increasingly weary and frustrated with the toll the coronavirus pandemic has taken on their lives, and Russia is no exception, Putin said in an extensive interview with Russian media published on Sunday.

He added that it’s only normal to pin the blame on the authorities for all the woes the population might face in times of crisis such as the current one, but Moscow’s opponents “try to exploit” this sentiment to spite the Russian government.

The Russian leader argued that “ambitious, power-hungry” people like Navalny are being weaponized by foreign powers to undermine and contain Russia. “We have had a lot of success, and it annoys them. That’s where the containment policy, including in the economy, comes from.”

Supporters of Navalny, who runs a group investigating corruption, held large rallies on January 23 and 31, demanding his release from prison. The gatherings, which were banned under Covid-19 regulations, led to clashes with police. Thousands of people were detained, and some are now being prosecuted for breaking health protocols.

Earlier this month, Navalny was found guilty of breaking the conditions of a suspended sentence, which dated back to a 2014 fraud conviction. He was sentenced to three-and-a-half years behind bars, minus 10 months already served. The activist argues that all of the charges are politically motivated.

In January, Navalny returned to Moscow from Germany, where he had spent several months recuperating from what his supporters and some international organizations say was a poisoning attack. The German government said that traces of the Novichok nerve agent were found in Navalny’s system. The activist himself accuses the Russian secret services of trying to assassinate him. The Kremlin, however, has denied any involvement in the case.