Russia’s latest prison torture scandal, like Guantanamo, shows the worst human rights violations happen out of sight, out of mind 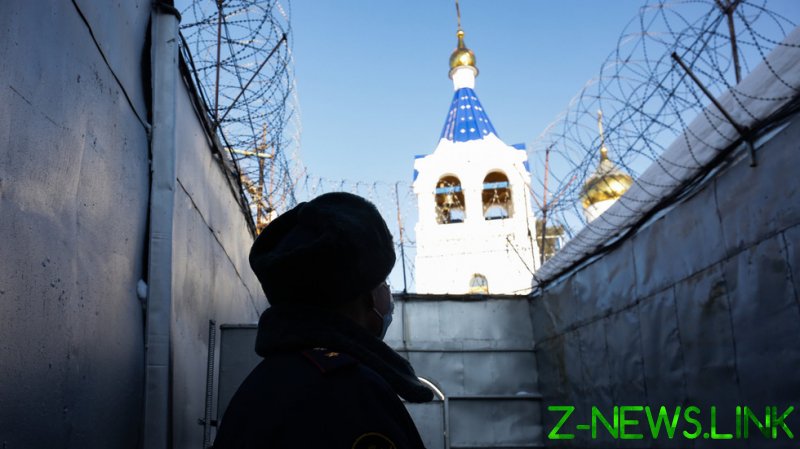 Now behind bars in Tbilisi after a dramatic arrest last week, former Georgian president Mikhail Saakashvili must be hoping that prison conditions have improved since his days in charge of the country. In 2012, a massive scandal rocked the small Caucasus nation after clips emerged showing physical abuse of prisoners in its penitentiary institutions. These included a film of a prisoner being sexually abused with a broom handle. The scandal helped delegitimize Saakashvili’s government and contributed to his eventual fall from grace.

Nine years on, similarly galling images have emerged from the Russian prison system after the human rights group Gulagu.net posted videos that, according to the organization’s leader Vladimir Osechkin, “prove that grave and especially violent crimes were regularly committed against prisoners, which were carefully concealed.” Among other things, the footage shows a man being sexually assaulted with a stick, and another “tied up on the ground as uniformed officers urinate on his face.”

In response, the Russian prison service has dismissed four officers, and the government has opened several criminal investigations, notably into alleged crimes committed against prisoners in the city of Saratov. Osechkin has told RT that there are many more videos – from many more prisons – yet to be released.

This is not the first time that such horrors have come to light. In 2018, for instance, a dozen officials in the city of Yaroslavl, to the northeast of Moscow, were convicted of torturing inmates. Despite pledges by the government to clean up its act, however, abuse apparently remains widespread. This generates suspicion that the problem is much bigger than just a “few bad apples.”

Sociological studies suggest that most of us are neither “good” nor “bad” but a bit of both. Which bit wins out depends largely on situational factors. “Ethical climate theory” likewise proposes that what determines outcomes is the ethical climate that exists within any given group, which in turn is dependent on a number of other factors, none of which have anything to do with the goodness or badness of the individuals involved.

In the case of prison abuse, factors such as overcrowding or a lack of appropriate training can play a role, as can pressure from superiors. The Georgian example owed something to the fact that Saakashvili had launched a massive campaign against corruption and organized crime that filled jails to the point of overflowing. Likewise, the case of the American-run Abu Ghraib prison in Iraq resulted from the fact that poorly trained military police were put in charge of an unexpectedly large volume of prisoners, while being simultaneously pushed to extract intelligence from them.

While it would be easy to blame Lynndie England, the US soldier photographed smiling by a pyramid of naked Iraqi prisoners, in reality the people responsible for the abuse at Abu Ghraib were those who put her there. Studies have shown a strong correlation between the priorities set by leaders and the presence, or lack thereof, of a positive ethical climate and good behavior. For instance, businesses whose leaders stress results above all else tend to have more instances of unethical behavior than those whose leaders stress the need to follow procedure.

In short, research suggests that the primary factor determining whether misbehavior happens is leadership. In the case of Russian prisons, therefore, simply arresting officials found to have committed abuse is not likely to solve the problem. No matter how many bad apples you catch, as long as those commanding them continue to create a permissive ethical climate, the abuse will continue.

Part of Russia’s problem is that it incarcerates far too many people. Under Putin, the Russian state has taken measures to rectify this issue, liberalizing the law to decriminalize many offenses and reduce sentences. The result is that the country’s prison population has fallen by over a third in the past 20 years.

This process is barely acknowledged by outsiders but has not gone far enough. At around 350 prisoners per 100,000 inhabitants, Russia’s incarceration rate is still one of the highest in the world and close to the largest in Europe. By contrast, the rate in neighboring Finland is a mere 50 people per 100,000.

Mistreatment of convicts in Russia appears to be commonplace. In 2011, for instance, “prisoners in Colony No 1 in Kopeisk were forced to crawl naked on their hands and knees upstairs to the toilet block where prison employees thrust their heads into the latrines. They were then brutally beaten. Four prisoners died as a result.” Eight officers were convicted and received prison sentences of between nine and 12 years.

If such things keep happening, then there is clearly something wrong other than the occasional brutal officer. Rather, it seems right for critics to point at the country’s leadership and its apparent unwillingness to seriously address the problem other than by punishing the few offenders who happen to get caught in such a public way that action against them is unavoidable.

Unfortunately, it would appear that when something goes wrong, only the small fry are held to account, cast aside by the big fish keen to make it look like they are doing something. But scandal after scandal fails to instigate serious institutional reform. This points to a general lack of accountability within Russian officialdom and a consequent sense of impunity.

The Russian state is democratic to the extent that it is often quite responsive to public opinion. But it is very undemocratic in the sense of being largely unaccountable for its actions, and it regards institutions that might hold it to account with immense suspicion, especially if they’re funded by hostile states. This can be seen in recent actions taken by the Russian state to restrict some media outlets, which have been labeled “foreign agents.”

Yet, if this prison scandal reveals anything apart from the scale of abuse behind bars in the country, it is precisely the importance of having a strong, independent media and civil society. The only reason Russian citizens know of the scandal is because of the work of Gulagu.net and the willingness of the press to report the story. Free societies are better positioned to address such problems than unfree ones precisely because they are forced to acknowledge them and because those responsible cannot easily avoid accountability. Suppressing civil society is entirely the wrong way to go.

In Georgia, the prison scandal sparked massive protests, and forced the resignation of senior officials. In Russia, by contrast, the streets are quiet and it seems likely that the buck will stop with junior officers. Whether that is enough to make any real changes remains to be seen.