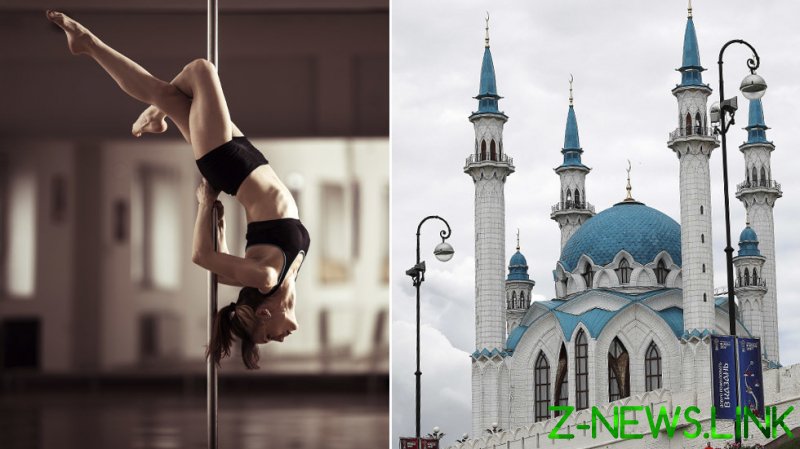 Kazan is the capital of Tatarstan, a Muslim-majority republic around 800km east of Moscow. The region is known for its rich cultural history, combining Russian traditions with Tatar heritage.

Speaking to local news station Tatarstan 24, Leysan Dauletova revealed that she discovered a gap in the market while feeling uncomfortable in dance studios that often had men in the building, such as fathers picking up their children.

Dauletova’s new studio has rules which make it quite unique – closed windows, a complete ban on filming, no profanity in songs, and absolutely no visits by men.

“I came to the conclusion that I wanted to create comfortable conditions for Muslim women, who can practice without prying eyes,” she explained, noting that most of the students want to practice to impress their husbands.

The studio, located across from a mosque, has been approved entirely by its imam. Ansar Hazrat Miftakhov, head of the local Al-Marjani mosque, says there is absolutely no reason a Muslim woman can’t engage in pole dancing.

“They said we want to show this to our husbands so that our husbands don’t look at other women,” the imam explained. “And we said, of course, it is possible. This does not contradict Islam.”

The idea hasn’t been universally accepted, however. The school has been slammed by the Union of Muslim Women of Russia and Tatarstan, a local organization. According to its head, Nailya Ziganshina, there is no need for a woman to “wriggle around,” and a husband should love her soul.

“There are no problems with childbirth in a Muslim family. All families have many children, all have five, eight, ten children,” she told radio station Moscow Talks. “There is no need to teach Muslim women any other arts and call it sports.”

Islam has been prominent in Tatarstan for over 1,000 years, remaining the dominant religion in the region throughout Bulgar rule, the Mongol invasion, and the Khanate of Kazan. During the Soviet Union, when all religions were repressed, the number of adherents fell. However, nowadays, more than half of all residents profess to be Muslim.