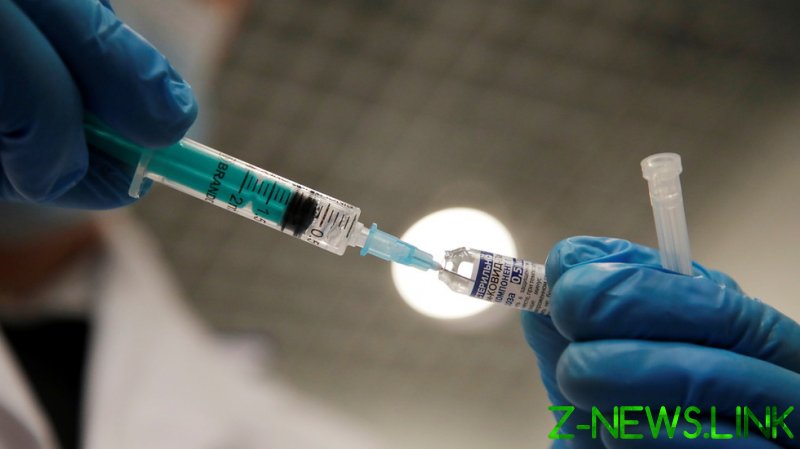 The CoviVac vaccine received national approval in Russia on February 20. The first batch of doses is expected to be available to the public in mid-March, according to the government.

The vaccine is based on the most traditional technology that has been around for a long time and is widely used throughout the world, Aidar Ishmukhametov, the director general of the Chumakov Scientific Center, told RT.

“Globally, almost 100% of vaccines contain either deactivated or live pathogens,” he said, adding that the one developed by his center contains an ‘inactivated’ (dead) coronavirus. This type of vaccine simulates a natural infection process, introducing the immune system to the virus and “teaching” the body to fight the pathogen without the risk of it spreading through the body and causing disease, he explained.

“Two weeks after the first shot, we give a person another jab to reinforce the immune response. As a result, the body becomes fully capable of fighting off the virus on its own,” Ishmukhametov said, adding that this vaccine involves two shots, as is the case with all other currently existing Covid-19 vaccines.

It is based on a particular specimen of the coronavirus that was found to be more susceptible to inactivation and controlled reproduction in the center. Nevertheless, Ishmukhametov believes that the vaccine will be effective against all Covid-19 strains, including the South African variant, which reportedly proved to be resistant to the AstraZeneca vaccine.

“Since we are talking about a whole-virion vaccine, the deviations in the genetic sequence – something one is calling different strains or different variants – are insignificant and amount to less than one percent. So… it would be weird to think that a whole-virion vaccine might fail to work against new strains, considering how small the differences are,” he said.

CoviVac received national approval in Russia while still in the second phase of clinical trials. It now has to go through the third phase so the developers can precisely assess its effectiveness, according to Ishmukhametov. However, the first trials have already shown that it has no side effects, he said.

“The most important thing is that at this point we have a vaccine that definitely has no side effects,” he said, adding that, out of 300 volunteers, none reported any symptoms except for occasional soreness around the injection site.

The center plans to publish more data on its vaccine in two or three months, as Ishmukhametov says his center does not have to “prove anything about our institute or our vaccines.”

“We have been doing this for 60 years, and we’ve defeated polio and yellow fever,” he said, adding that the Chumakov Center hosts the Collaborating Centre for Poliovirus and Enterovirus Surveillance and Research of the World Health Organization (WHO) and actively cooperates with the UN health watchdog.

Earlier, Russia approved the EpiVacCorona, which was developed by the Siberia-based Vector Institute, and Gam-COVID-Vac (also known as Sputnik V), for emergency use. The nation’s pioneering vaccine, Sputnik V, has since received approval in 30 nations, according to the Russian Direct Investment Fund (RDIF), which bankrolled the development.

Unlike some others, all of the current Russian vaccines, including the newly introduced CoviVac, can be stored in regular refrigerator conditions, making distribution easier.