Russian woman killed her husband, preventing her to watch TV 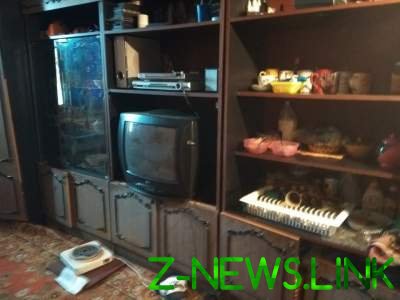 On TV there was a debate.

Unwanted attention of the Russian TV crew to the Ukrainian politics led to the tragedy in Tambov. A resident of the Russian city killed the wife because he prevented her from watching Ukrainian pre-election debate between Peter Poroshenko and Vladimir Zelensky.

42-year-old tambovchanka detained. The consequence finds out all details of the drama in a communal apartment. While it is known only that his wife wanted to watch the debate, but the spouse is too emotionally commented on what is happening on the TV screen. After a quarrel on the grounds of political affiliation, spouses are not limited to only verbal sparring. The enraged husband slapped wife in the face, and she hit the offender with a knife in the chest. Wound to a 35-year-old man was deadly, reports lifetambov.

According to a survey of sociologists, the debate between Poroshenko and Zelensky watched (watched on TV or listened on the radio) 80% of adult Ukrainians. Extraordinary attention to political debate showed in Russia: live from NSC Olimpiyskiy were three major Russian TV channel.