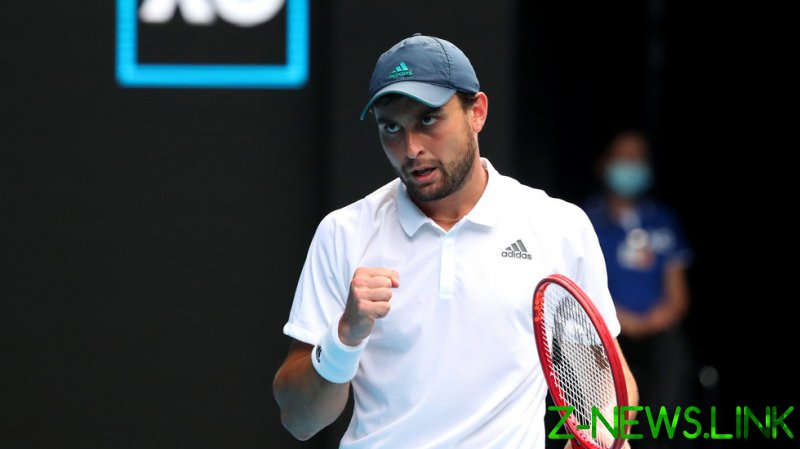 The 27-year-old Russia, who reached the main draw of the tournament for the first time by winning three qualification matches in Doha, has been in stunning form in Melbourne, thrilling fans and pundits with his solid game throughout the tournament so far.

The world number 114 got off to a slow start in his quarterfinal clash against the 18th seed, losing the opener 6-2 despite breaking serve in the beginning of the set.

He then turned the match around, hitting powerful shots to claim three successive sets 6-4, 6-1, 6-2 as Dimitrov visibly struggled with a spinal injury.

Karatsev’s ground-breaking rise to a major semifinal match means that at least two Russian players will be in contention for the coveted Norman Brooks Challenge Cup.

On Wednesday, Andrey Rublev will face compatriot Daniil Medvedev in their quarterfinal match.

Karatsev will play the winner of the match between world number one Novak Djokovic and sixth seed Alexander Zverev, who also play on Wednesday, in his semifinal.

Discussing his incredible success in Melbourne, Karatsev confessed his surprise and admitted that he would have been disbelieving had he been told before the tournament that he would reach the semis.

He was in danger of falling outside of the top 300 almost a year ago, but is now guaranteed a spot inside the top 50 and is expected to jump around 72 places in the rankings.