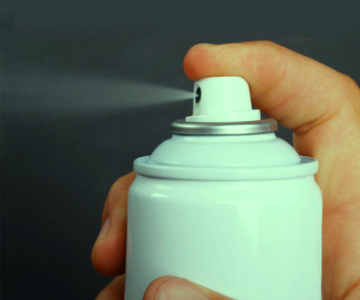 Next to the dead boy found a can of air freshener.

Investigators in the Pskov region are investigating circumstances of death of minors. The body of a 8th grade student of the Lyceum of Economics and entrepreneurship was found in the entrance of one of the buildings of Pskov. Next to him was a can of air freshener.

In a press-service of regional management SK the Russian Federation announced that according to preliminary data, the teenager with intent to stupefy breathed the contents of aerosol spray household products, which is implemented in freely available and was purchased in one of the city’s shops.

“After inhaling the gas, the teenager lost consciousness and died”, — stated in the message Department.

Read also: In Russia, during a fire killed two children

The official investigation into the incident began in the regional office of education, reports TASS. Head of Department of education of Pskov region Alexander IP Sedunov announced that the incident will be considered at the extraordinary session of the regional Commission on Affairs of minors.