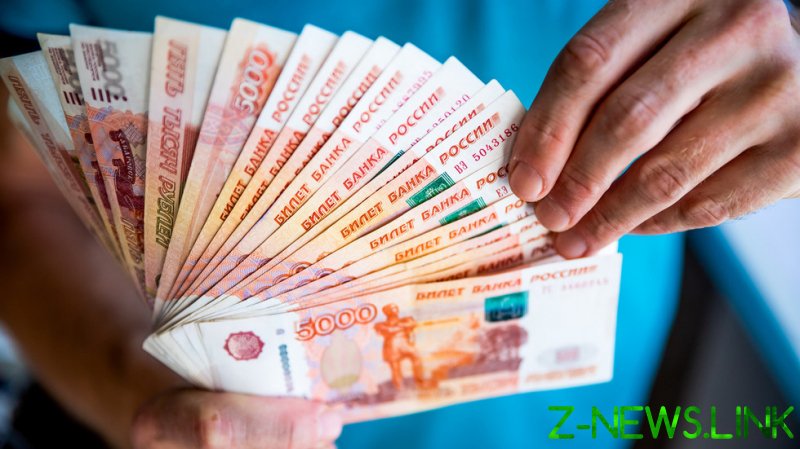 In a note released earlier this week and cited by CNBC, a team of Goldman strategists said that Russia’s national currency closely follows the South African rand and the Mexican peso in the list of most attractive among “high cyclical beta, high carry longs.”

The former reflects a currency’s sensitivity to the broader economic cycle and market returns. A currency carry trade is a strategy under which a high-yielding currency funds the trade with a low-yielding currency to allow traders to capture the difference between the rates.

While the peso is the bank’s “top choice,” given its combination of currency-supportive macro fundamentals, the report noted that two other high-yielders have more room to run compared to it. However, the bank noted that investment into those emerging market leaders should come after the coronavirus crisis eases, as the bets are currently too risky.

“Given signiﬁcant domestic risks, however, including South Africa’s October mid-term budget announcement for the rand, and a combination of still-volatile political headwinds and slowly fading macroeconomic tailwinds for the ruble, the key question for each currency is whether high global betas can (eventually) trump domestic headwinds,” Goldman analysts said, adding they are optimistic about their prospects.

The economic fallout of the pandemic, combined with geopolitical risks and tumbling oil prices, has had a negative impact on the ruble this year. As of Friday, the Russian currency dropped to its lowest point against the US dollar since March, trading at 78.21 per dollar.

During the previous drop in the ruble rate, Goldman Sachs said it expected the currency to retrace some of losses, predicting it to return to 61 rubles per dollar within two years. The outlook was based on the expected gradual rise in oil prices, which may to rise to $60 per barrel over the same period, according to the bank.