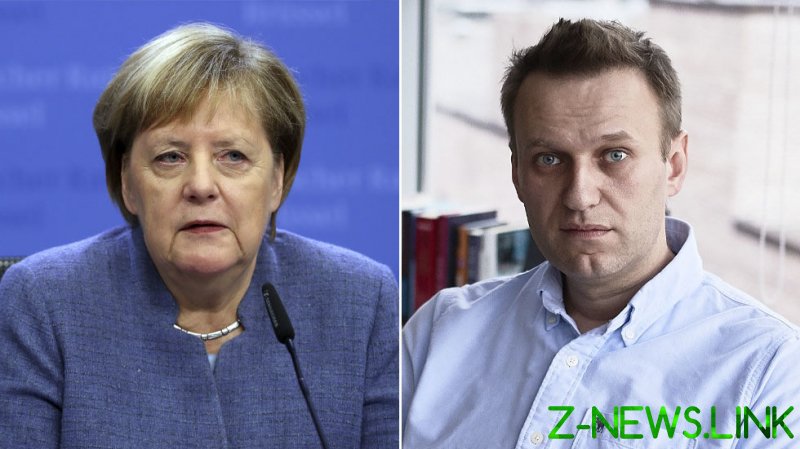 The publication reported that Merkel called to see Navalny after he woke up from a coma – an overture from the leader that it called an “unusual gesture.” It had previously been made known that the opposition figure and Moscow protests leader was to be considered a “guest of the Chancellor” during his stay in Germany.

“The secret visit is another sign of how committed the Chancellor is to Navalny,” Der Spiegel opined. Merkel, a fluent Russian speaker, has already spoken out about Navalny’s case on numerous occasions, calling it “attempted murder” and “a crime intended to silence him.”

Some observers have said the chancellor’s forthright views mark a change in the relationship between the governments of Europe’s two most powerful countries.

The hospital visit was later confirmed by Navalny himself, who wrote on Twitter that the meeting was not “secret” but simply a “private conversation with (his) family.” He offered his gratitude, adding, “I’m very grateful to Chancellor Merkel for visiting me in the hospital.”

On Monday afternoon, the German government told Russian news agency TASS that the reports were correct. Spokesman Steffen Seibert said it wasn’t a secret visit but rather a private one, and Berlin does not announce Merkel’s private meetings.

“It was the chancellor’s private meeting with Navalny. It was not a secret one in any way but it wasn’t open to the public,” Seibert said, refusing to provide any details. At the same time, the German cabinet spokesman said that Berlin did not have any new information on the Navalny incident.

According to Der Spiegel, the meeting between Navalny and Merkel “should be regarded as a clue for the Russian government that Berlin will not give in and will find out the truth [behind the incident].”

On August 20, Navalny fell ill on a flight from Tomsk to Moscow. After an emergency landing in Omsk, he was taken to a local hospital, where he was placed in an induced coma. Two days later, the opposition figure was flown to the Charité clinic in Berlin at the request of his family and associates.

After conducting tests, German toxicologists alleged that the anti-corruption activist was poisoned with a substance from the Novichok group of nerve agents. This claim has been denied by Russian doctors, who maintain they did not find any trace of poison in his body. On September 23, Navalny was discharged from the hospital and is expected to make a full recovery. His rehabilitation will continue for several weeks, after which he plans to return to Moscow.