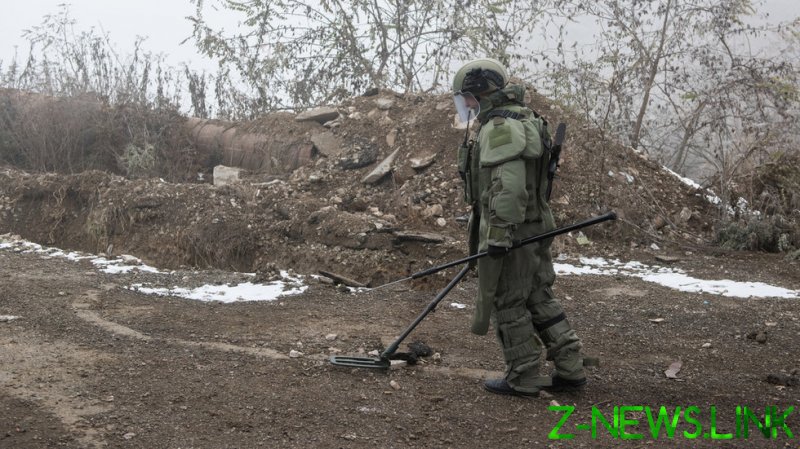 The incident happened on Thursday on the road outside of the village of Shusha, with the blast delivering heavy wounds to the officer, the Russian Defense Ministry said on Friday.

The serviceman received emergency treatment on site, but succumbed to his injures while being transported to hospital, the ministry stated.

Russian sappers have been working in Nagorno-Karabakh for more than a month, after Moscow brokered an armistice between Armenia and Azerbaijan. The decades-long feud over the disputed region escalated into a war in early September.

As part of the ceasefire agreement, Russian peacekeepers were deployed to the area to separate the sides and prevent any provocations.