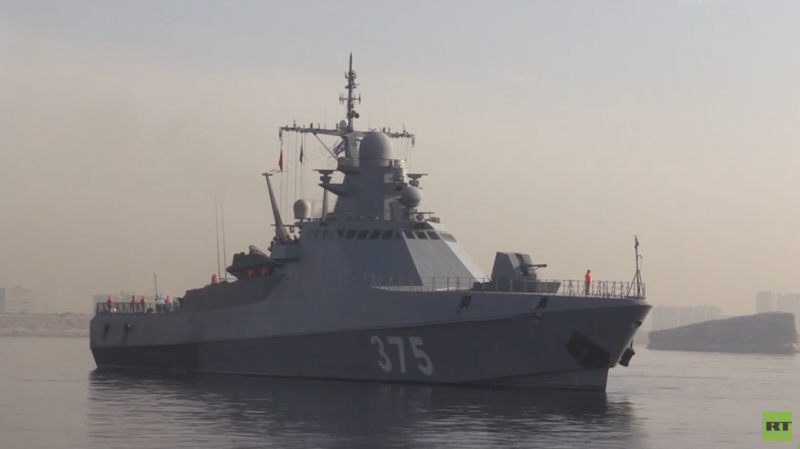 Russian vessels arrived in Karachi on Thursday. They were greeted by Pakistan’s military officials, as well as the Russian diplomats working there, and they took a brief tour of the ships. RT’s footage from the scene shows the vessels being prepared for the drills, expected to kick off on Friday.

The Russian Navy is represented by the country’s Black Sea Fleet, which dispatched frigate Admiral Grigorovich and patrol vessel Dmitriy Rogachev for the exercise. The combat ships are accompanied by a tug boat, a naval helicopter, as well as by marine and demining units.

AMAN-2021 is a rare exercise that brings together countries from all across the globe, including those that do not exactly enjoy amicable relations.

“Exercise AMAN is about bridging gaps and making it possible to operate together in pursuance of common objectives,” Rear Adm. Naveed Ashraf, commander of the Pakistani fleet, said on Monday.

This will be the seventh of the biennial drills, and Pakistan had invited some 45 nations to participate. These include China, the US and Turkey, as well as several other NATO nations.

“The goal of the Aman-2021 exercise is to strengthen and develop military cooperation between the countries participating in the maneuvers, reinforcing security and stability at seas, as well as the experience exchange between sailors in countering threats of piracy in areas of high maritime traffic,” Russia’s military said in a statement.

It remains unclear to what extent the invited nations will participate in the drills, either sending in naval ships or merely being represented by military observers. The drills will continue until next Thursday, with the forces in attendance honing their skills both on land and at sea.