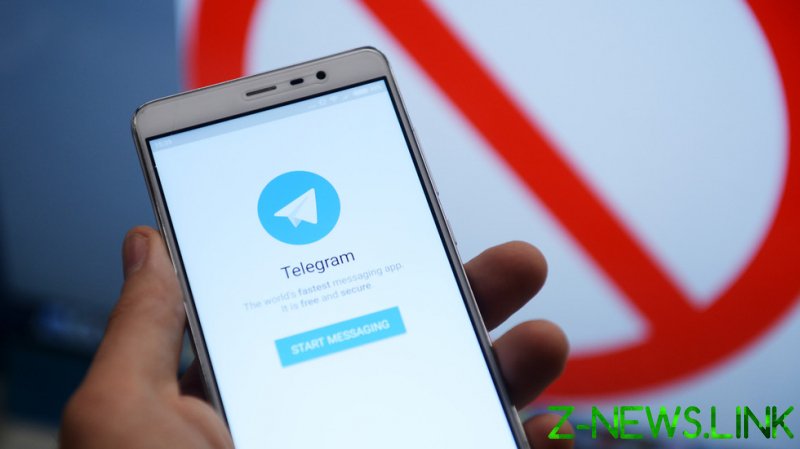 On Monday, UK newspaper The Daily Telegraph reported that Telegram had taken second place in the US downloads chart, according to exclusive data from the Sensor Tower market research agency.  Between Wednesday and Sunday last week, more than half a million Americans downloaded the app, almost three times as many as the week before. It boasts of advanced security options, such as “self-destructing messages” for those “looking for extra privacy.”

The news comes as its main rival, WhatsApp, introduced a controversial new measure to its terms and conditions. The new rules will force users to share their data with tech giant Facebook, which acquired the service in 2014, whether they have an account on that site or not. Phone numbers and other information must be handed over as a requirement of continuing to use WhatsApp.  Since then, downloads of Telegram, which places an emphasis on encryption and privacy, have overtaken WhatsApp and another messenger service that promises not to share data, Signal, has also seen an influx of new users.

The row over access to information and freedom of expression online has accelerated in recents days after Twitter suspended the account of US President Donald Trump. In the aftermath of the storming of the Capitol building in Washington by Trump’s supporters, the San Francisco-based tech giant said it would act over fears that the president could continue to incite violence.

Platforms including Facebook, Snapchat and Instagram have also moved to block or suspend Trump’s accounts, making many believe that the censorship had been coordinated. Many public figures have voiced their opposition, including German Chancellor Angela Merkel, who expressed concern over the situation, calling it a “problematic” breach of the “fundamental right to free speech.”

At the same time, a number of far-right activists have also faced restrictions on social media sites, with many migrating to the anti-censorship Parler service instead. However, on Tuesday, the plug was pulled on Parler, after Amazon switched off its servers, citing “violent content.” Its app had already been dropped from the iOS store, making it unavailable for download on Apple phones.

Earlier this week, the founder of Telegram warned that moves to entirely block access to certain online communities were more of a threat to society than censorship on those sites alone. In a post on his official channel, Pavel Durov, who’d previously created Russia’s most popular social network VK, warned that “the Apple-Google duopoly poses a much bigger problem for freedoms than Twitter.” This, he argued, is because they can use their digital might to effectively shut down app-based services without oversight.

However, not everyone is concerned about potential challenges to the free exchange of information. One American Twitter user, Gwen Snyder, wrote that “with Parler down, there are going to be a ton of white supremacists switching to (or back to) Telegram.” She asked people to retweet in order to send a message to “Apple and Google to kick Telegram off their app stores too.” However, another commenter mockingly Tweeted that neo-Nazis also use email services, questioning whether they should be shut down as well.

Telegram has already fought a series of legal battles in Russia over information security. In 2018, a court ordered the app to be shut off over a dispute with the country’s top domestic security agency, the FSB. Officials had wanted access to users’ data in order to monitor criminal activity, with Telegram refusing their requests to set up a ‘backdoor.’ However, the ban was ineffective, and the messenger went offline for only a few hours before returning. It remains one of the country’s most popular apps.

Pavel Chikov, the head of human rights group Agora, which assisted Telegram in a subsequent case, said that the requests were impossible to meet. “The architecture of the service, using end-to-end encryption,” he said “does not allow the service administrator to access the contents of secret chats.” As such, there is no way for users’ conversations to be monitored.