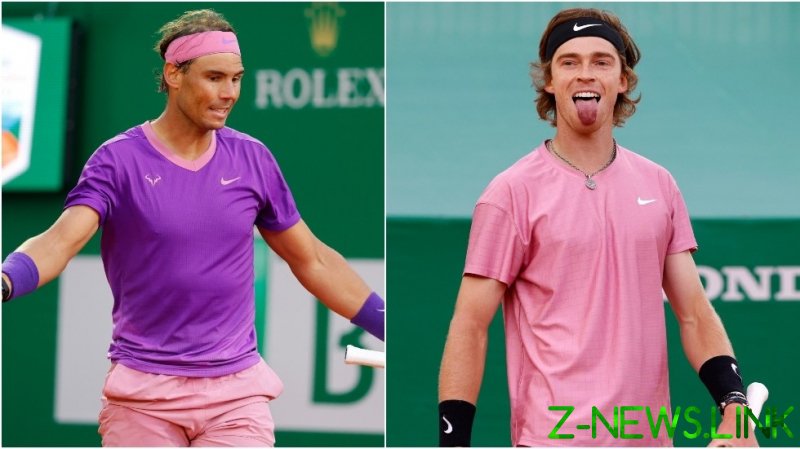 The Russian demonstrated nerves of steel to complete a surprising 6-2, 4-6, 6-2 win over the Spaniard.

And while Nadal has won the competition on 11 occasions, the victory marks the first time that Rublev has made it to the semifinals.

Seeded sixth, history was not in the 23-year-old’s favor heading into the clash.

Having already beaten Rublev twice in their ATP Head2Head meetings, GOAT candidate Nadal also boasted a 73-5 record at one of his most dominant tournaments.

Clinching the second set in a 74-minute endurance test, Rublev fans feared that comeback king of clay Nadal would take home the victory.

But in one of his finest career displays the Moscow native got the job done in two hours and 33 minutes, setting up a meeting with Casper Rudd for a place in the final.

Putting together an upset of his own on Friday, the Norwegian dispatched reigning champion Fabio Fognini 6-4, 6-3 to reach the last four.

With tennis enthusiasts hailing an “instant classic” between Rublev and Nadal, one in particular hoped that “this is a sign that someone else can win the French Open other than Nadal next month”.

“Is Monte Carlo the beginning of the end of BIG 3?,” she asked, in reference to the possibly waning powers of Nadal, Roger Federer and Novak Djokovic.

World number eight Rublev has been on a steady upward trajectory since the end of 2019, and has eight senior career titles to his name, including five picked up in 2020 alone.

This year he has already added the Rotterdam Open crown to his name in March, and will be looking for more success in Monte Carlo now that he has dumped out Nadal.