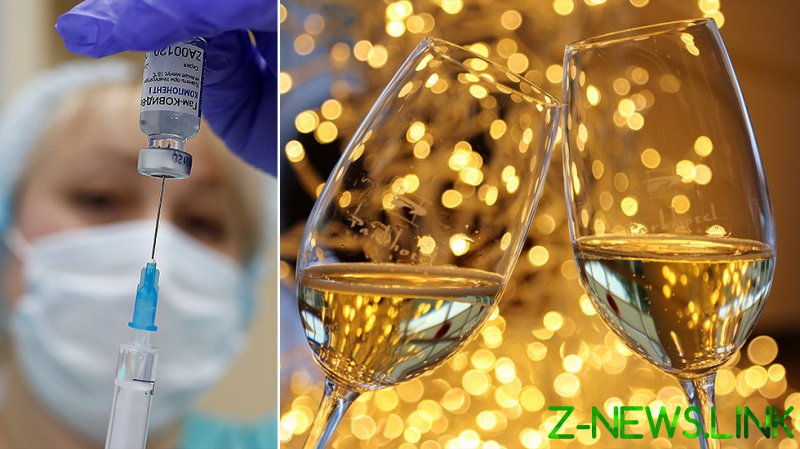 On Tuesday, the head of Russia’s health protection agency, Anna Popova, said that “at least two weeks before immunization, it is absolutely necessary to stop drinking [alcohol].” After the first injection, people should abstain for six whole weeks, she added. This is apparently to ensure the proper functioning of the immune system and maximize the chances of developing resistance to the virus.

However, the Head of Russia’s National Research Centre for Epidemiology and Microbiology Alexander Gintsburg has since sought to tone down Popova’s health warning in comments to the 112 Ukraine television channel. “Alcohol has a harmful effect not only on human behavior, but also on the functioning of the immune system,” he said, “but one glass of champagne has never harmed anyone.”

Russia has now registered two vaccines against Covid-19. Sputnik V, manufactured by the Gamaleya Institute, made headlines in August when it became the first formula to be approved to prevent against the virus. Novosibirsk’s Vector Center has also developed its own version of the jab, named EpiVacCorona. A third is reportedly being investigated as part of clinical trials.

On Saturday, people in Moscow became among the first in the world to access a vaccine outside of a clinical trial, as a programme of mass immunization was launched. Medical professionals and teachers were among the first to be offered injections, and its creators hope to have manufactured enough doses for 600 million people in 2021. A number of deals are already in place to make vials overseas, for export to other countries.