The international football Federation (FIFA) has published an annual report on the transfer activity of clubs on the end of 2019, according to which worldwide during the reporting period for the purchase of 15 463 players were spent, a record amount of 7.35 billion dollars. This is 5.8% more than in 2018.

The figure for Russia was one of the worst in the world – domestic clubs have spent on transfers 285,6 million and earned a Total of 100.4 million negative balance amounted to 185.1 million 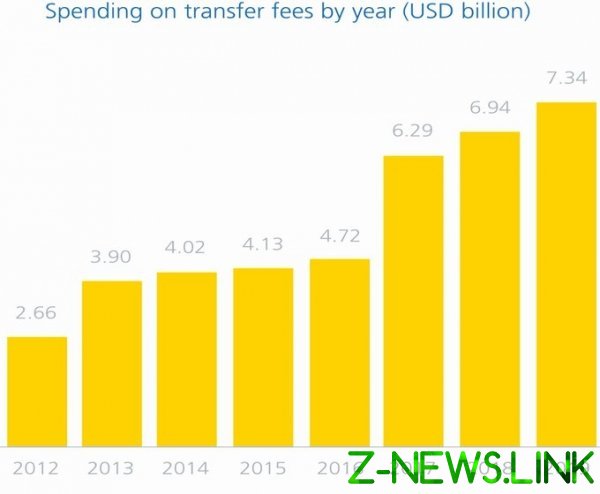 Other tweets to watch the FIFA Media