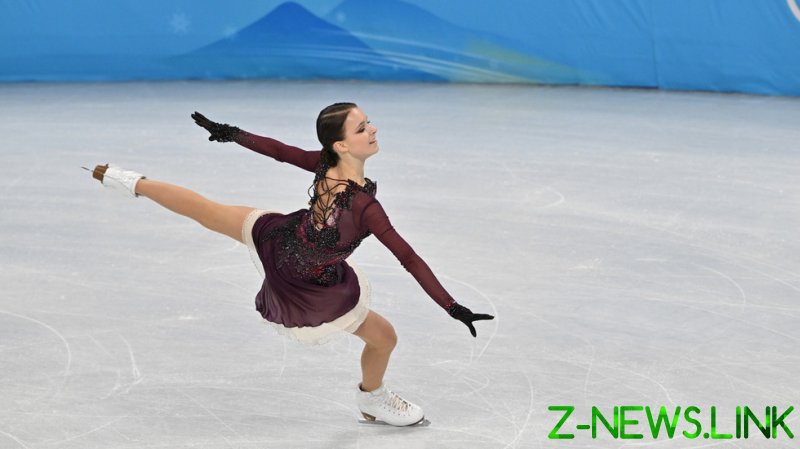 Russian figure skater Anna Shcherbakova has been crowned Olympic champion in Beijing, finishing ahead of Alexandra Trusova while teammate and competition favorite Kamila Valieva had to settle for fourth.

Shcherbakova, 17, produced a spellbinding free skate routine to amass a points tally of 255.95 across her two performances, giving her the gold.

Trusova, 17, made history by becoming the first woman ever to land five quads in a routine as she racked up an overall tally of 251.73 after her free skate.

Japan’s Kaori Sakamoto claimed third place with a total of 233.13.

Despite a gold and silver finish for the Russian Olympic Committee (ROC) team, much of the attention will focus on fourth-placed Valieva.

The 15-year-old had been leading after the short skate routines but the pressure of her doping case ordeal finally seemed to take its toll as she suffered an error-strewn routine on Thursday, falling on several of her elements.

Valieva ended with a total of 224.09 – way off her world record best of 272.21 – and the teenager burst into tears after it became evident she had cruelly missed out on a medal. 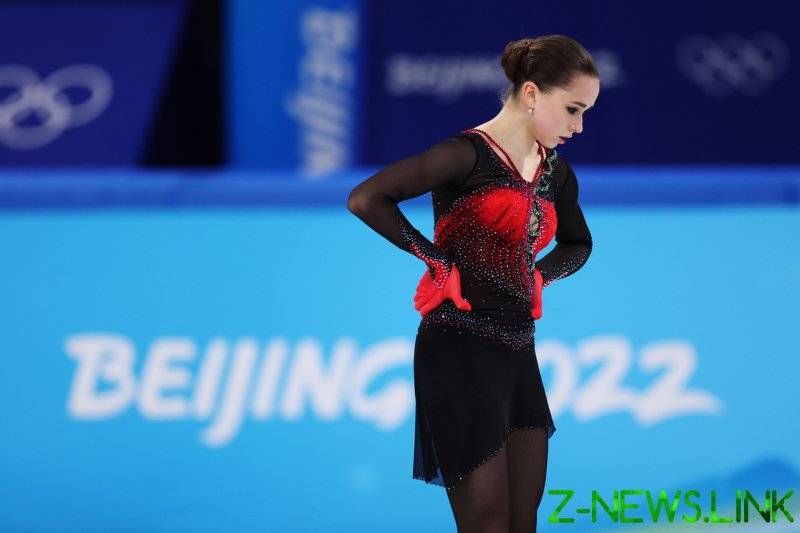 It was an unsavory ending to what has become an Olympic nightmare for Valieva, who went into the Beijing Games as the odds-on favorite for individual gold after an all-conquering first season in the senior ranks.

The Russian and European champion, as well as a multiple world-record points holder, Valieva had already helped the ROC to gold in the team event before her positive doping test was reported last week based on a sample taken in December.

The teenager was cleared to compete in the individual event after the Court of Arbitration for Sport (CAS) declined to impose a suspension, citing her status as a minor and the unresolved facts of the case.

But after Valieva managed to keep herself together during her short skate routine in Beijing on Tuesday, the immense pressure finally told on as she fell several times in her free skate routine.

Teammate Shcherbakova adds the Olympic crown to her 2021 world title, while Trusova made history with her five quads on the way to a superb silver. 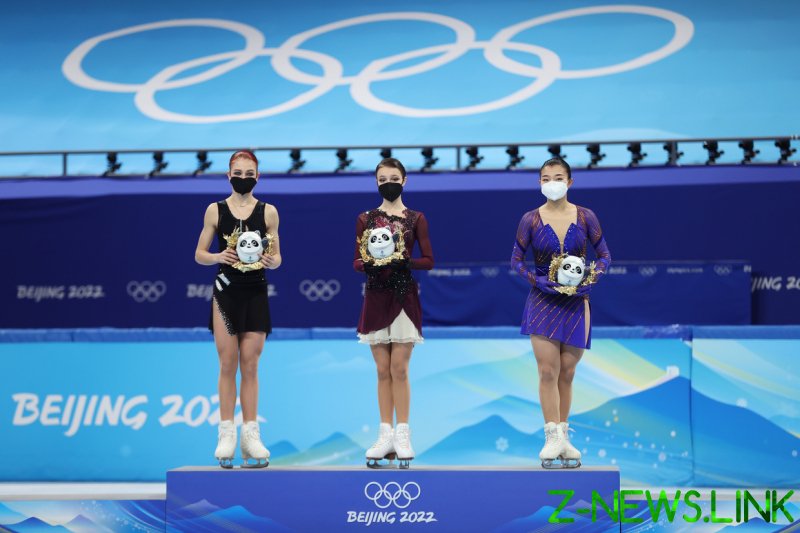 The International Olympic Committee (IOC) had announced ahead of the even that there would be no flower or medal ceremony if Valieva finished in the top three, in light of her unresolved case which centers on a positive sample taken on December 25 at the Russian championships.

In the event, the fourth place for Valieva mean that the flower ceremony did go ahead, with Shcherbakova atop the podium and Trusova and Japanese rival Sakamoto behind her.

Debate will now rage surrounding the treatment of Valieva in her doping case and the effect it had on the young star.

Questions have been asked about the timing of the positive result, coming as it did after Valieva had already competed in the team event.