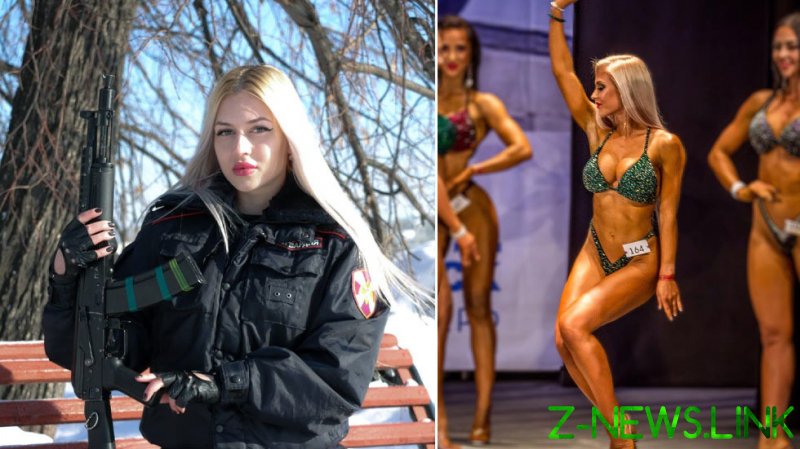 Khramtsova, who was often photographed wearing a uniform and holding weapons, was supposedly fired after posting a video from inside the Sverdlovsk Region department barracks.

However, according to the social media sensation, her sacking is due to personal hostility, and claims that her colleagues began treating her badly after her victory in the 2019 Beauty of the National Guard contest.

Speaking to news outlet Govorit Moskva, she explained that the offending video was just an inside joke “to raise morale,” saying that she was dismissed “for nothing.”

“I was fired because they needed it. I crossed someone,” she explained.

Last year, Khramtsova told local Yekaterinburg news site E1 that she received a poor reaction after her victory, and her female colleagues stopped talking to her.

“Male colleagues congratulated me and sent me messages. Some tried to meet in person,” she said. “But many women in the service even stopped greeting me.”

Outside of her work, Khramtsova takes part in fitness-bikini competitions, and her photos apparently also sparked jealousy within the office.

“I didn’t tell my colleagues about my performance in a fitness-bikini,” she said. “But then there was a departmental beauty competition, and I had to write all about myself, as well as provide photos. So the secret became out in the open.”

Khramtsova is no stranger to the headlines. After her beauty competition victory, newspapers from all around the world put her in the spotlight. She was also featured in a YouTube video – which now has 165k views – in which she complained that her male colleagues judge her unfairly based on her looks and her blonde hair.