Russian ambassador returns to the US days after Putin-Biden summit, as Washington teases NEW sanctions 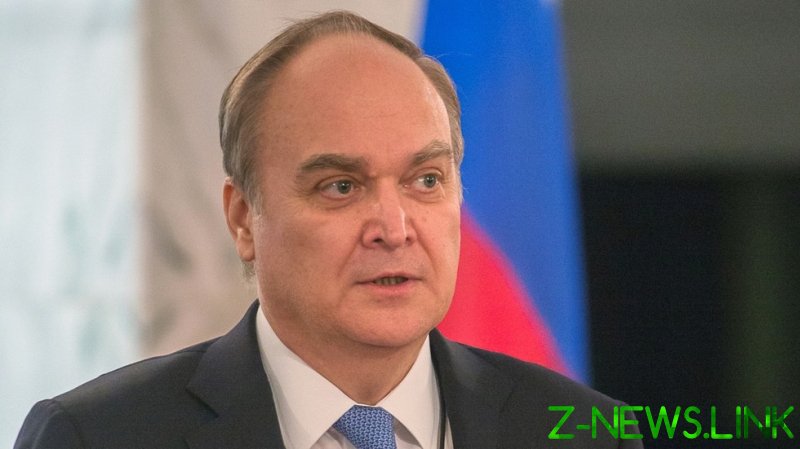 Before taking a regular flight with Russian carrier Aeroflot, Antonov confessed that he was making the journey over the Atlantic in “an optimistic mood.” He said that he was expecting constructive cooperation with the US authorities in order to build an “equal pragmatic bilateral relationship.”

The Russian ambassador was called back to Moscow mid-March after ABC News published an interview with Joe Biden, in which the US president agreed when asked if he considered his Russian counterpart, Vladimir Putin, to be “a killer.” Biden also warned that Moscow would “pay” for its alleged meddling in last year’s US presidential vote.

The US envoy to Russia, John Sullivan, left Moscow shortly after the controversial statement in April, after the Russian side suggested that it would be better for him to go home for “thorough, serious consultations” with the Biden administration on the crisis.

The agreement that both Russian and US ambassadors would return to their respective embassies was reached during the meeting between Putin and Biden in Geneva, Switzerland earlier this week. The Russian leader described the much-anticipated talks as “constructive.”

On Saturday, the US embassy’s Twitter page cited Sullivan as saying that he was also looking forward to his resumption of duties in Moscow, and to working towards a “stable and predictable relationship” with Russia.

On the same day, Biden’s National Security Adviser Jake Sullivan told CNN the US was preparing new sanctions against Russia, citing the poisoning of the jailed Russian activist Alexey Navalny, which Washington insists was the Kremlin’s doing. This would likely spark a new bout of tit-for-tat sanctions, with Russia’s Ministry of Foreign Affairs saying Moscow always responds to such “illegal” US moves.