Russia to marshal 20 new military formations, armed with latest weaponry, in response to heightened NATO activity near its borders 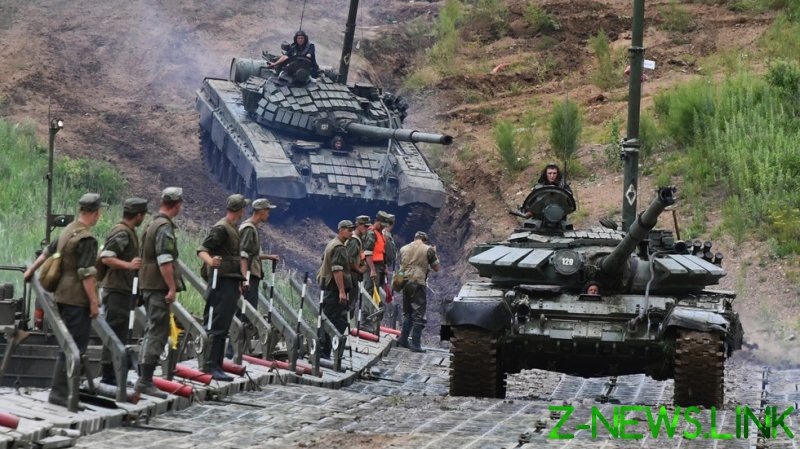 Defense Minister Sergey Shoigu said on Monday that more than a dozen new units would be formed in the Western Military District, which covers much of the European portion of Russia, following increased activity in the region.

“The actions of our Western colleagues destroy the security system in the world and force us to take adequate countermeasures,” he said in a statement released by officials. “We are constantly improving the combat composition of our troops. By the end of the year, about 20 formations and military units will be set up.”

Shoigu added that the move would be “synchronized with the supply of modern weapons and military equipment” and that 2,000 new pieces of hardware would be deployed throughout 2021. This, he argued, was a necessary response to the presence of NATO troops, vessels and cruise missiles in the region.

In April, tensions rose between Russia and the West after tens of thousands of troops were stationed along the border with Ukraine, prompting some in Kiev to warn that the Kremlin could be poised to order an invasion of the Donbass. However, Shoigu soon revealed that the movements were part of exercises, and that the units would be returned to their regular bases. “The goals of the sudden inspection have been fully achieved,” he said at the time. “The troops demonstrated their ability to ensure reliable defense of the country.”

Earlier that same day, the Ministry of Defense had released footage of soldiers storming the beaches of Crimea, participating in simulated wargames with amphibious landing ships making ground on the disputed peninsula. In a statement, it said that the exercises “allow you to practice the tasks of landing troops and overcoming the anti-landing defenses of the conditional enemy.”

Also last month, a Russian MiG fighter jet was scrambled to escort an American spy plane flying in international airspace over the Pacific Ocean. According to officials, the MiG “took off from an airfield in Kamchatka to identify [the US plane] and accompany it. The fighter pilot identified the target as a strategic reconnaissance aircraft RC-135.”

Then, this month, NATO commenced large-scale military drills as part of the DefenderEurope 2021 exercises, which saw American soldiers, as well as those of European member states, practice fighting in countries across the continent, including the Balkans states. At the same time, Russian forces staged special forces training in Serbia as part of a program aimed to improve coordination and co-operation of its troops.