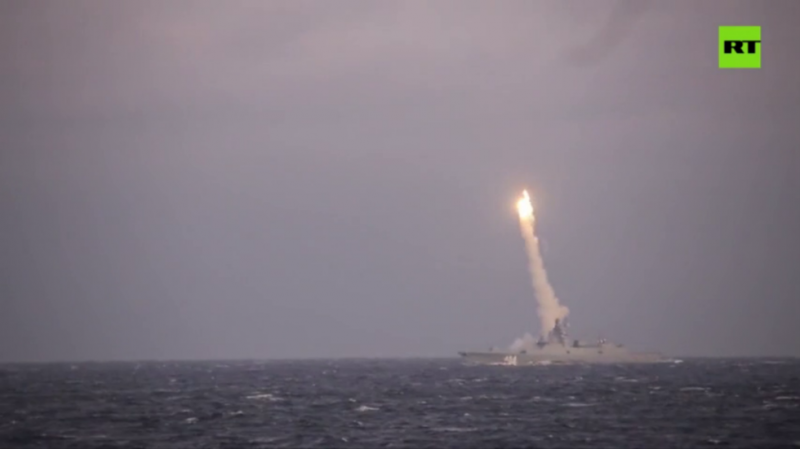 In a video published by the Ministry of Defense on Friday, a Zircon can be seen being launched from the Admiral Gorshkov, a modern warship commissioned in 2018. Aiming at the Chizha training ground, a shooting range in Arkhangelsk Region, it successfully flew the required 350km.

Flying at Mach 8 – eight times the speed of sound – it was the first test of the missile being aimed at a coastal target. In its two previous trials, the Zircon fired both times at sea targets.

In 2019, Russian President Vladimir Putin revealed that the Zircon can reach a speed of around Mach 9, with the ability to hit enemies more than 1,000km away. It is the world’s first hypersonic sea-based cruise missile, and is due to enter service with the navy once testing is completed.

On Saturday, a Russian nuclear submarine successfully completed testing of another missile, the Bulava, test-firing four for the first time ever. The Bulava is intended to be carried by the state-of-the-art Borel-class submarine, which can house 16 at the same time.