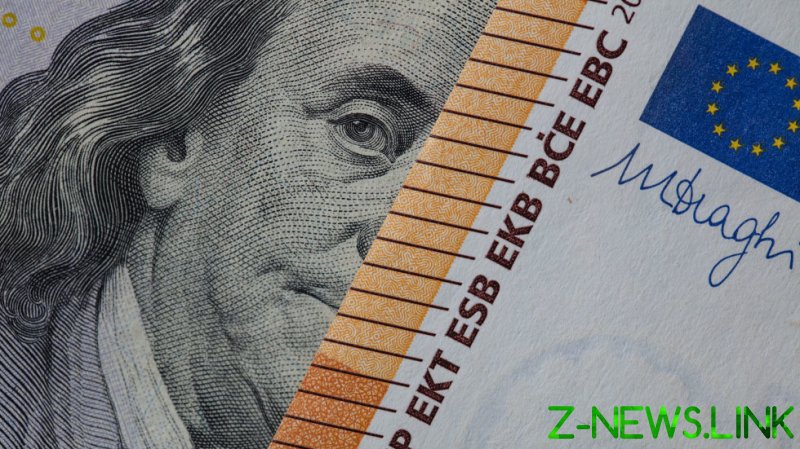 At the same time, Russia’s gold reserves surged to 23.3% from 19.5% a year earlier. The Chinese currency also saw a boost, with yuan holdings growing to 12.8%. The share of other foreign currencies increased by 0.8 percentage points to 7.2%, the regulator said.

In 2020, the value of the central bank’s assets in foreign currencies and gold increased to $588 billion.

Russia has been steadily diversifying national reserves since Washington began imposing sanctions in 2014, in order to cut its economy’s reliance on the US dollar. In 2019, the share of bullion holdings in Russia’s reserves surpassed US dollar holdings for the first time.