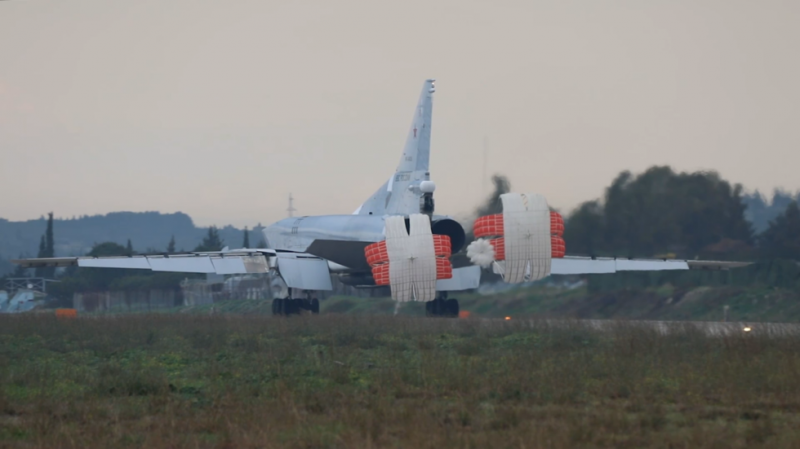 Russian long-range MiG-31K interceptors and Tu-22M3 strategic bombers, carrying hypersonic Kinzhal missiles, have landed at Khmeimim airbase in Syria, the Ministry of Defense said on Tuesday. The aircraft are set to take part in massive naval exercise staged by Moscow in the eastern part of the Mediterranean Sea.

Footage released by the Russian military shows two Tu-22M3 strategic bombers, each carrying a Kinzhal missile on external pylons, touching down at the airfield.

The video also shows at least one MiG-31K jet, a variant of the iconic long-range supersonic interceptor modified specifically to carry the air-launched Kinzhal hypersonic missile. The plane pictured landing at Khmeimim, however, did not carry such munitions.

The planes covered a distance of more than 1,500 kilometers, traveling to Syria from their bases in Russia, the military said. The aircraft will be joining the drills held by a joint flotilla of the Russian Navy in the eastern Mediterranean, performing their “due” tasks, the military added, without providing any further detail. 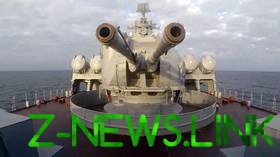 The flotilla, which includes over 15 combat vessels from Russia’s Pacific, Black Sea and Northern Fleets, has already performed a search-and-destroy exercise in the area, honing their skills in striking vessels of a mock adversary, the Ministry of Defense revealed.

The arrival of the bombers came amid a surprise visit by Russia’s Defense Minister Sergey Shoigu to Syria. The minister visited the Khmeimim airbase, the naval supply point in Tartus, and also met Syria’s President Bashar Assad in the capital, Damascus.

Shoigu “oversaw the exercises of Russian Navy in the eastern Mediterranean Sea conducted amid a series of naval drills in the operationally important areas of the World Ocean, as well as in the waters adjacent to Russian territory,” the ministry said in a statement.

Russian naval drills have apparently been closely monitored by multiple ships of NATO nations, including the US aircraft carrier USS Harry Truman, French carrier Charles de Gaulle, and Italian carrier Cavour. The NATO carriers have been engaged in an exercise of their own, launching and recovering one another’s air wings.