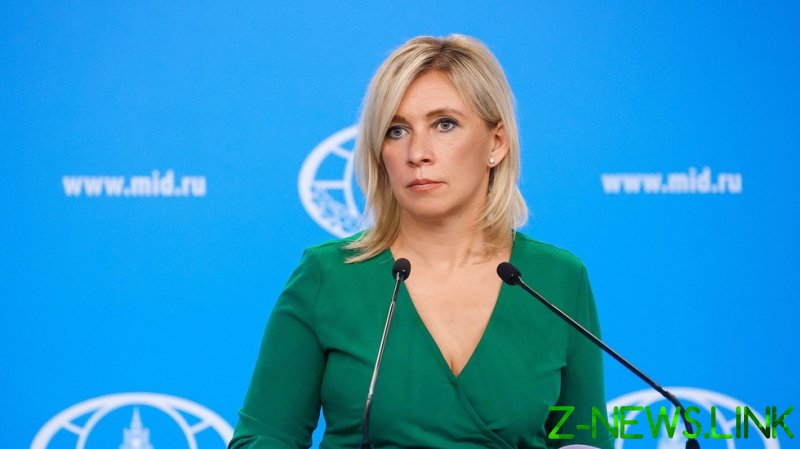 Claims made by the UN special representative on sexual violence, Pramila Patten, go “beyond the reach of reason,” Russian Foreign Ministry spokeswoman Maria Zakharova said in a statement on Sunday. Earlier this week, Patten accused Russia of employing a “deliberate” rape “strategy” as part of its military campaign in Ukraine.

“One cannot even comment on P. Patten’s … words in a serious way,” Zakharova said, adding that the UN official’s conclusions were based on data that is difficult to verify, according to Patten herself.

“Once again, what we are seeing is a classic ‘highly likely’ [story], which has this time reached the level of twisted imagination,” Zakharova said. According to her, the UN official made her conclusions based on fragmentary data provided by the Independent International Commission of Inquiry on Ukraine – a group created in spring 2022 on the basis of a resolution of the UN Human Rights Council. Russia has not recognized its mandate, Zakharova added.

Patten’s claims resemble those made by the former Ukrainian human rights commissioner, Lyudmila Denisova, Zakharova said. Denisova was fired from her position in late May after a no-confidence vote over her failure to perform duties such as organizing humanitarian corridors and prisoner exchanges amid the conflict between Russia and Ukraine. Later, Ukrainian media reported that most of Denisova’s allegations regarding “sexual atrocities” committed by Russian soldiers in the country had not been confirmed by Ukrainian prosecutors.

The Foreign Ministry spokeswoman’s reaction was sparked by an interview Patten gave to AFP this week, in which she claimed that sexual violence is a “deliberate tactic” and “military strategy” of Russia, aimed at dehumanizing its “victims.” She also claimed that Russian soldiers are “equipped with Viagra.”

Zakharova pointed out that similar claims have been made by Western officials in the past. In 2011, the US ambassador to the UN, Susan Rice, reportedly accused then-Libyan leader Muammar Gaddafi of supplying his troops with Viagra to supposedly encourage mass rape during a conflict that broke out following a NATO-backed coup attempt which ended with the brutal murder of Gaddafi.

US military and intelligence officials subsequently told NBC that there was no evidence that the Libyan military was being supplied with Viagra or engaging in systematic rape in “rebel areas.”

“The West is using the same patterns in its hybrid war,” Zakharova said on Sunday, commenting on Patten’s statements.