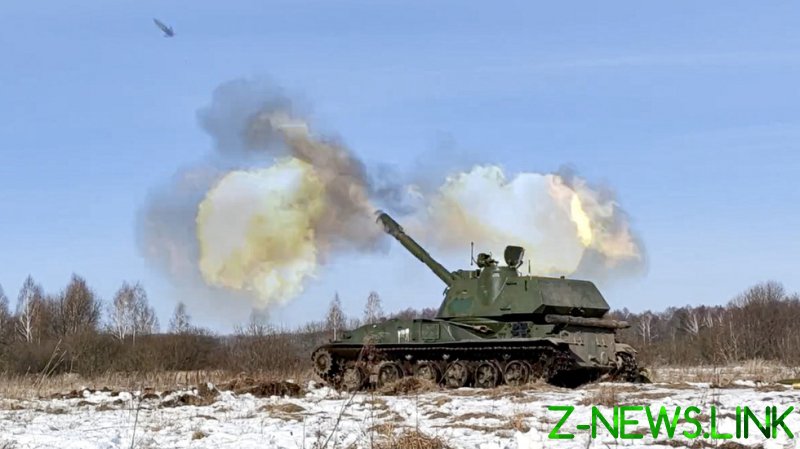 Russia will not tolerate violations of the ceasefire in the Donetsk and Lugansk People’s Republics, Moscow’s ambassador to the UN, Vassily Nebenzia, said on Wednesday. He warned Ukraine against attempting any “adventures” in the Donbass, after Moscow recognized the two republics as independent states and ordered the Russian military to prepare for a peacekeeping mission there.

Moscow says there are no Russian troops on the territory of the Donbass republics yet, but President Vladimir Putin ordered the Russian Defense Ministry to prepare for a peacekeeping mission, and the legislature authorized the use of military force on Tuesday. The deployment of troops will depend on conditions on the ground, Putin said after the vote.

“We warn you that in conditions when the Armed Forces of Russia will monitor the ceasefire at the request of Donetsk and Lugansk, no one will be lenient with violators,” Nebenzia said at the UN General Assembly session, called over Western allegations that Russia had “invaded” Ukraine.

Moscow’s ambassador added that any new “military adventures” by Kiev in the area could prove costly for the Ukrainian government.

Announcing the recognition of Donetsk and Lugansk on Monday, Putin cited Ukraine’s refusal for over seven years to implement the agreement it signed in Minsk and even negotiate with the two regions, much less give them the promised autonomy.

Nebenzia accused the authorities in Kiev of waging a “linguistic inquisition” against the Russian-speaking people, banning opposition media, and rewriting the history of the Second World War to depict Hitler’s allies as heroes. Ukraine has made it clear that it didn’t want the people of Donbass, only the territory they lived on, Nebenzia claimed, calling Kiev’s behavior “blatant genocide” that Russia could not remain indifferent to.

“It was obvious to the Donetsk and Lugansk residents what kind of Ukraine they were being offered to return to, but even in the face of this, they did not leave the implementation of the Minsk agreements, believing that the document would be implemented and they would be granted a special status,” the Russian envoy told the UN. “As it turned out, these hopes were not destined to come true.”

The two easternmost regions of Ukraine declared independence after the US-backed nationalists overthrew the democratically elected government in Kiev in a February 2014 coup. Moscow had refused their previous requests for recognition, insisting their conflict with Kiev was an internal Ukrainian matter.

For eight years, Kiev “continued to bomb its own citizens, dodged direct dialogue with the Donbass, and lead the international community down the garden path by claiming to be abiding by the Minsk agreements,” the Russian envoy to the UN told the General Assembly. Moscow’s recognition of the two breakaway republics was the result of “many years of Kiev’s sabotage of its own obligations to take steps that the Security Council approved.”

The first Minsk protocol was signed in September 2014, after the Ukrainian army was routed at the Ilovaisk pocket. The second one was adopted in February 2015, after Kiev’s troops suffered another defeat at Debaltsevo. The talks in the capital of Belarus were in the so-called “Normandy Four” format, with Russia, France, and Germany mediating between the warring sides in Ukraine.