Home / WORLD / Russia issues warning to US over Ukraine

Russia issues warning to US over Ukraine 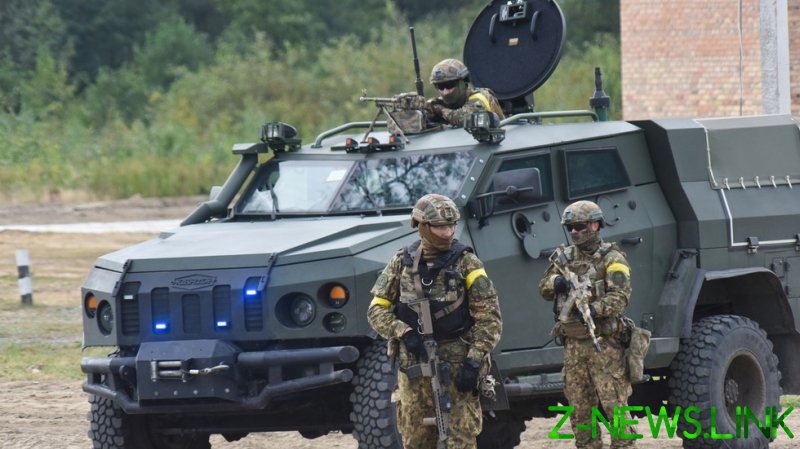 In a statement issued on Thursday, Anatoly Antonov said that the ‘Strategic Partnership Document’ signed by American and Ukrainian diplomats was merely “a set of slogans – harmful ones.” According to him, “in almost every line there is a geopolitical tool to oppose Russia.”

Antonov went on to say that “plans to supply weapons to the regime in Kiev will only worsen the situation in southeastern Ukraine. We believe that another opportunity to encourage Kiev to stop the war has been missed.”

The pact, signed by US Secretary of State Antony Blinken and Ukrainian Foreign Minister Dmitry Kuleba earlier that day, recommitted Washington to its policy of recognizing Kiev’s territorial claims over the disputed Crimean peninsula and declared an intention to “deepen our strategic partnership by expanding bilateral cooperation in political, security, defense, development, economic, energy, scientific, educational, cultural, and humanitarian spheres.”

In addition, the text of the agreement said that both countries would deploy “a range of substantive measures to prevent external direct and hybrid aggression against Ukraine,” while pledging to hold Russia responsible for the armed conflict in the Donbass. Moscow denies that it is fueling tensions in the war-torn region, and insists that Kiev is refusing to comply with the Minsk Accords that had been intended to put an end to fighting.

The wording also focuses extensively on the idea that any partnership between the two countries is “founded on common democratic values, respect for human rights and the rule of law, and a commitment to Ukraine’s implementation of the deep and comprehensive reforms necessary for full integration into European and Euro-Atlantic institutions.”

Kiev has come under fire from the UN in recent weeks after launching a crackdown against a number of popular Russian-language channels broadcast from within the country. The international organization’s mission slammed Kiev for shuttering the outlets without judicial due process, saying that it is “concerned that these decisions are not in line with international standards on the right to freedom of expression as they were not taken by an independent authority, and they failed to demonstrate the necessity and proportionality of these restrictions.”

Some months ago, Strana, the country’s third most popular news site, critical of President Volodymr Zelensky’s government, was banned. Meanwhile, this week, English-language diaspora newspaper The Kyiv Post has been shuttered, amid allegations of pressure from authorities.

In August, then-Estonian President Kersti Kaljulaid sparked controversy after she insisted that Ukraine was a long way off having delivered the reforms deemed necessary to join the EU, a longstanding ambition of pro-Maidan politicians. “First you must build your own economy, democracy and free society – only then can you even start asking about it. But until that’s done, you can’t even ask that question,” she said.