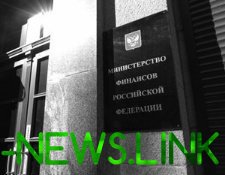 The Ministry of Finance proposed to include in the Tax code (NK) five new chapters – on environmental tax, disposal fee, user charge road tax on Telecom operators and the hospitality fee; so can be implemented the codification of the current major non-tax payments.

On the portal of projects of normative legal acts published a draft law of the Ministry of Finance on the codification of non-tax payments – for public discussion and anti-corruption expertise.

The document transfers to the tax code, the current regulation of major non-tax payments, however no changes to the rates and rules of payment.

We are talking about such items as “Environmental tax”, “Recycling fee”, “Fee for use of roads of Federal value, Tax on operators of the communication network of General use”. In addition, the “Hotel tax” will appear in the section of the code on local taxes.

The Ministry of Finance prepared the bill more than a year, reports “Kommersant”.

It is noted that business, suggesting that this step will lead to increased fiscal and administrative burden, at the RSPP Congress on 14 March appealed to President of Russia Vladimir Putin with a request not to hurry with the inclusion of “analogov” in NC.

The wish “not to hurry with this question,” Putin said redirected first Deputy Prime Minister and Minister of Finance Anton Siluanov.

However, the Board of Finance on March 26, the initiative was discussed as one of the key directions of work of Department. Then the Prime Minister of Russia Dmitry Medvedev assured the audience that the introduction of non-tax payments in the tax code will not lead to an increase in the fiscal burden.

The business hopes that the wish of the President “not to rush” will fix in the instructions following the Congress of entrepreneurs, and did not consider the question of codification “analogov” finally solved.

It is also noted that the perception of entrepreneurs initiatives of the Ministry of Finance is changing. In November 2018 the Department has supplemented the bill with a Chapter on the tax on disposal of goods and packaging, which caused a flurry of indignation from the business, which currently has a choice – to pay environmental tax or to collect and dispose of generated waste.

The business considered that the proposal is contrary to the essence of the reform of waste management, cancelling the possibility of independent waste disposal companies.

Also self-realization of the responsibility for waste has always been made by the Ministry of environment. Companies have already started to create an industry Association for independent waste collection and recycling and to invest in infrastructure, and the recognition by their payers, without exception deprived of the sense of these investments.

A new draft document asserts the principle of independent recycling companies of waste from the use of goods and packaging in the format of tax deduction of tax.

See also:  SBU saw the handwriting of Russia in the shelling of the Polish Consulate in Lutsk

The deduction shall be the amount of waste from the use of goods and packing, which is utilized by the companies; the amount will be deducted from the fee on the basis of a contract with the regional operator or company and the acts of disposal.

The representative of Association RATEK (includes Apple, Samsung, Sony, etc.) Anton Guskov said that “we support the transfer of a payment in NC, but it is important that there still is the possibility of self-realization of the responsibility of manufacturers and importers”. He explained that “this helps to solve the waste problem, because the original goal is not a tax, and the opportunity to dispose”.

Except for the inclusion of fees in the tax code the Finance Ministry proposes to “immerse” into it as a registration fee a number of fees that are charged for providing information from the state register (Gosregister), such as the changes, view information and so on.

Against the inclusion of such payments in NC business objects.

Recall, March 1 on the website of the Ministry of Finance were published, according to which in NC are encouraged to include several non-tax payments.

Among them was the payment for negative impact on the environment, and environmental and resort fee, the fee for use of various public registers and registers.