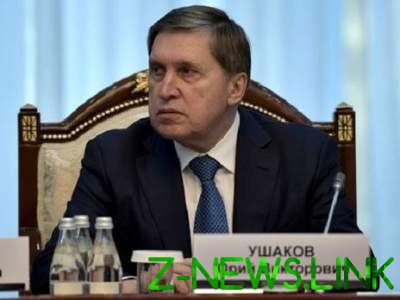 Russia ready for dialogue on nuclear disarmament, but first Russia and USA should implement existing agreements in this field.

Russia ready for dialogue on nuclear disarmament, but neither the US nor China such negotiations have not yet started, said the Russian presidential aide for international Affairs Yuri Ushakov in the program “Moscow. The Kremlin. Putin”.

According to Ushakov, Russia is ready for new agreements with the United States, “but this requires serious negotiations, to which no one has yet started”.

A Kremlin spokesman said that first “it is necessary to do what still remains”, referring to the agreements on disarmament.

On April 26 the President of the United States Donald trump in a telephone interview to TV channel Fox News said that the United States wants to get rid of nuclear weapons. He expressed the opinion that in this matter it must support all countries that possess such weapons, primarily Russia and China.

CNN citing sources said that trump has instructed his administration to prepare a nuclear agreement with Russia and China. Now, the White house lead an interagency negotiations on this issue.