Home / business / Russia has considered how much she should Belarus

Russia has considered how much she should Belarus 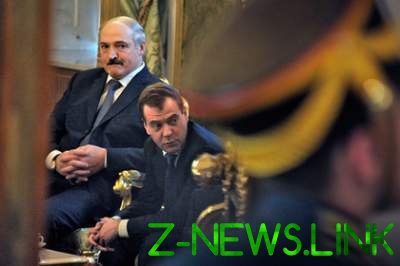 The debt of Belarus to Russia amounts to $ 6.5 billion. On Wednesday, October 25, reported with reference to the information materials to the participation of Prime Minister Dmitry Medvedev at the session of the Eurasian intergovernmental Council.

“As of October 2, 2017, the amount of debt of the Republic of Belarus on state credits provided by the Russian Federation, amounted to 6.2 billion dollars, and from 59.9 billion (total equivalent to $ 6.5 billion). Overdue obligations Belarus has not available”, — the document says.

See also:  The tragic death of a child under the Moscow new parts

Now operates eight intergovernmental agreements on granting to Minsk of the Russian state credits: one export (for the construction of a nuclear power plant) and seven financial totaling more than $ 15 billion.

In August, the Russian government has approved a draft agreement on granting a ten-year state loan to Belarus the amount of $ 700 million. The money will be used to refinance the obligations of Minsk to Moscow on the previously received loan.

See also:  Unemployed Russians will be obliged to pay a tax for health insurance

In April, President of Belarus Alexander Lukashenko stated that the Republic “to anyone was never on my knees” and regularly service their debts.